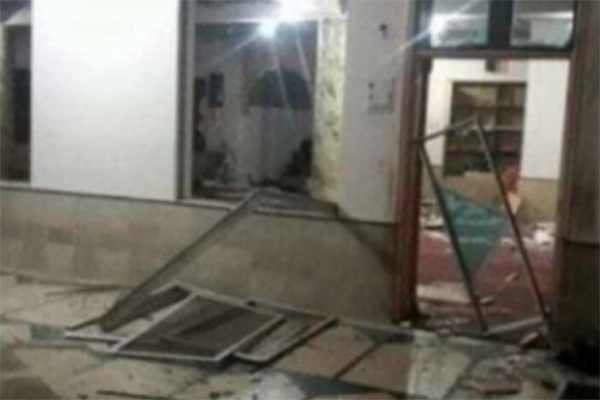 A suicide bomber struck a mosque in Quetta on Friday evening, killing 15 people and injuring 19 others, in the latest bout of terrorism inflicted on the people of restive Balochistan province.

The explosion, which struck during evening prayers, claimed the lives of the mosque’s imam and a senior police official, said Quetta Deputy Inspector General (DIG) Abdul Razzaq Cheema. Another police official said at least three of the injured were in critical condition. A Balochistan government spokesman, Liaqat Shahwani, confirmed to AFP the explosion had been the result of a suicide bombing.

Following the explosion, bomb disposal squad and security personnel sealed off the attack site, which is located in Pashtun-majority neighborhood, and launched a search operation for any potential accomplices. The Islamic State militant group claimed responsibility for the attack, according to the SITE Intelligence Group, saying they had killed “60 Taliban” in the attack. Militants often try to erroneously inflate the casualties caused by their strikes.

Deputy Superintendent of Police Amanullah, who died in the attack, had last month lost his son in a targeted attack. Police sought to dispel any connection between the two attacks, saying it was premature to try to link them. “It has not yet been confirmed that DSP Amanullah was the prime target of the mosque attack,” DIG Cheema said.

Fida Mohammad, who was at the mosque at the time of the attack, said about 60 people were present for evening prayers. The explosion ripped through the front row of worshippers seconds after the prayer began, he told AFP. “It was a powerful blast, people were screaming and running here and there—many people were injured because of the stampede,” he said.

In the aftermath of the attack, Inter-Services Public Relations Director-General Maj. Gen. Asif Ghafoor posted on Twitter that paramilitary Frontier Corps personnel had reached the mosque and were aiding police conduct a search operation. “Every possible assistance be given to police and civil administration,” the tweet quoted Army Chief Gen. Qamar Javed Bajwa as saying, adding that “those who targeted innocents in a mosque can never be true Muslims.”

Prime Minister Imran Khan also condemned the attack and regretted the loss of lives. He sought out a report into the blast and directed authorities to ensure the best possible treatment for the injured.

This is the second terrorist attack to his Balochistan in 2020. On Tuesday, an IED attached to a parked motorcycle near a Frontier Corps (FC) vehicle in Quetta exploded, killing two men and injuring 14 others. The Hizbul Ahrar, a splinter faction of the Tehreek-e-Taliban Pakistan, claimed that bombing.