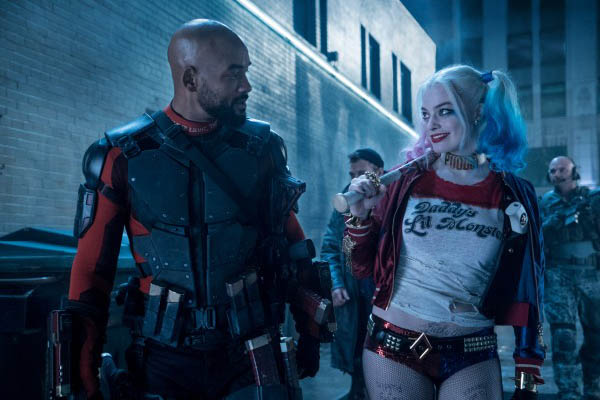 Suicide Squad held on for a third straight week as the top moneymaker at North American box offices, easily brushing off the competition, industry estimates showed Sunday. Ben-Hur, meanwhile, bombed on its debut.

Suicide Squad hasn’t been a favorite with critics, but moviegoers plunked down $20.7 million over the weekend to see Will Smith, Jared Leto and Margot Robbie play a band of criminals hired to carry out secret missions. Since it opened three weeks ago, the movie has earned $262.3 million.

Trailing at number two for a second week was Sausage Party, the raunchy animated comedy with Seth Rogan as the leading voice. It made $15.3 million, down from last week’s $34.3 million take.

War Dogs, a new release with Jonah Hill and Miles Teller, opened in third place with $14.3 million in ticket sales its first weekend out. A comedy-drama about two arms dealers in over their heads supplying weapons to U.S. forces in Iraq, its blend of light entertainment and serious subject matter got mixed reviews.

Kubo and the Two Strings landed in fourth place on its first weekend out, pulling in $12.6 million. Praised as visually stunning, the 3-D stop motion adventure fantasy set in ancient Japan is about a one-eyed boy on a quest who must battle the gods with a magical instrument.

The remake of Ben-Hur, meanwhile, went down in flames its debut weekend in North American theaters, earning only $11.4 million and coming in fifth place. The $100 million epic with Jack Huston as the chariot racing Jewish nobleman Judah Ben-Hur “derailed spectacularly” because it was apparently unable to get beyond its core Christian audience, Variety said.

Rounding out the top ten films of the weekend are: