Summer’s TV Drought Is Over 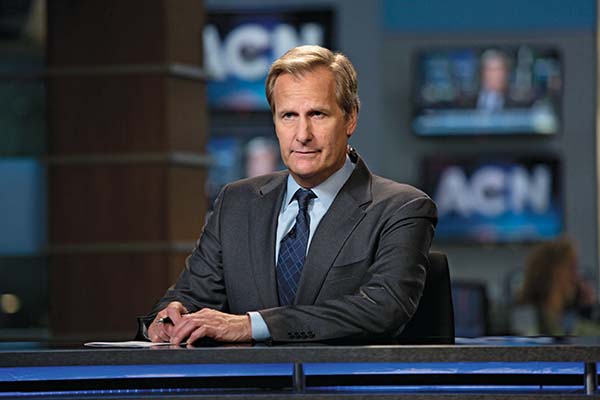 The shows you’ll want to watch.

[dropcap]F[/dropcap]or television addicts, specifically those who pride themselves on having taste more Homeland than Honey Boo Boo, summer is no longer a season of mourning. For decades, nail-biting cliffhangers, teased with big promotional campaigns, have been the seasonal signoff each May, indicating a months-long summer absence of quality TV that leaves viewers with little more than repeats, low-budget reality shows, and series deemed not good enough for the fall. In other words, says TV historian and former Lifetime and USA Network executive Tim Brooks, they hang a sign letting viewers know that they’ve “gone fishing.”

Now the networks seem to be rescheduling those trips. Jumping on a trend that cable channels like USA, Showtime, and TNT have been capitalizing on for years, broadcast networks are abandoning the idea that it’s OK to take a summer vacation from quality programming. CBS is launching one of its most ambitious summer slates yet, led by the heavily promoted series adaptation of the Stephen King sci-fi novel Under the Dome, premiering June 24, and the resurrection of once-canceled procedural Unforgettable, returning July 28. NBC is debuting the crime drama Crossing Lines on June 23, and also plans to roll out the dramedy Camp on July 10. ABC, meanwhile, is throwing its muscle behind the debut of the primetime soap Mistresses, while cop drama Rookie Blue is already airing its fourth season. Add those network series to the stable of hit cable shows returning this summer—Showtime’s Dexter, HBO’s True Blood, AMC’s Breaking Bad, USA’s Burn Notice—and it’s clear that summer no longer signals a drought of quality television. We may, in fact, be in the golden age of summer TV.

It was only a matter of time, says David Nevins, president of entertainment at Showtime. An increase in highbrow, critically praised programming across the board certainly has a lot to do with the shift, he says, but equally important is the change in the ways we watch TV. Summers used to be reserved for repeats. In 1997, NBC even ran a campaign with the tagline, “If you haven’t seen it, it’s new to you,” promoting repeats of shows like Friends and ER. “Now with DVRs and video-on-demand, people don’t have to wait until the summer,” says Kelly Kahl, senior executive vice president at CBS. “They can watch whenever they want.”

Amping up the quality of summer programming was also a matter of necessity—to catch up to cable. “If people are given the expectation that the summer doesn’t have to be for repeats, they’re going to be looking for more original stuff, and that gave us the impetus to do more and be more aggressive,” Kahl says—hence the big CBS push behind Under the Dome.

Beginning in the late 1990s and early 2000s, cable networks began capitalizing on broadcast networks’ “fishing trips” by launching their own original programming during those down periods. USA broadcast the successful “Sunday Night Heat” block of La Femme Nikita, Silk Stalkings, and Pacific Blue, a lineup that the Sun-Sentinel credited as “a major factor in USA’s ascent to No. 1” among basic-cable networks in 1998. Other cable networks caught on, and over time the programming kept getting better—and even more popular. At its peak, the TNT crime drama The Closer, which ended in 2011, was topping 9 million viewers per episode, all the while racking up Emmy nominations—and one win—for its star, Kyra Sedgwick. USA’s Monk set what was then a cable record in 2009 with its series finale, with 9.4 million viewers tuning in for the last episode. Tony Shalhoub won three Best Actor Emmy awards for his performance as the OCD-afflicted detective. People began staying in on summer nights to catch new episodes of True Blood on HBO and Weeds on Showtime. At the end of 2012, seven of the 10 highest-rated cable series aired during the summer, with dramas like Suits, Dallas, and Perception bringing in more viewers than critically lauded broadcast dramas Nashville or Parenthood.

While broadcast networks have for some time tried out new series during the summer months, it’s only recently that they have responded to cable’s success by running shows that are, well, any good. “Generally, you knew what a summer burn-off looked and felt like,” says Nevins, who produced a slew of network series (Arrested Development, Friday Night Lights) before joining Showtime. They were series ordered for midseason but held until the summer because they, for lack of a better word, stunk. But “audiences are smart,” Nevins says. “They can smell cheaper quality.”

The stigma of receiving a summer debut has also faded. “I relish the chance to be on when there’s less programming for people to watch,” says Neal Baer, executive producer of Under the Dome, who has also been behind longstanding hits like ER and Law & Order: Special Victims Unit. In fact, all networks—broadcast and cable—are attracting top-tier talent for summer shows. Showtime is premiering Ray Donovan, which will feature Liev Schrieber in his first regular series role. FX nabbed A Better Life Oscar nominee Demián Bichir and Inglourious Basterds star Diane Kruger for The Bridge, an American adaptation of the widely praised Danish-Swedish drama Broen. And lest we forget, HBO summer drama The Newsroom wooed Aaron Sorkin back to TV and persuaded Jeff Daniels to give it a regular go. In fact, last year’s Emmy nominees for Best Drama included three shows (Breaking Bad, Game of Thrones, Mad Men) that aired at least a decent-sized chunk of their episodes during the summer. Five years ago, not a single contender did.

While broadcast networks may be following cable’s lead in producing summer TV that’s actually worth watching, they’re still lagging behind in one key area: branding. “To make good on the ‘We’re going to reclaim the summer’ promise, a network is going to have to put together several top-drawer products to brand that portion of its schedule as night,” says Brooks, the former network executive. It’s something cable has strategically done from the start, from USA’s “Sunday Night Heat” lineup to HBO’s mounting of Sundays as the destination for an entire night of high-quality programming. Now a USA drama is easily identifiable, with new Malibu-set FBI drama Graceland a perfect fit alongside the network’s slate of sleek-and-sunny summer procedurals Burn Notice, Covert Affairs, and Royal Pains.

CBS, on the other hand, isn’t leading into Under the Dome’s 10 p.m. time slot with any original programming. “I can’t expect a network to say suddenly that we’re going to program summer just like fall or spring,” Baer says. “They’re not there yet, but things are changing.”

Until then, stay tuned.