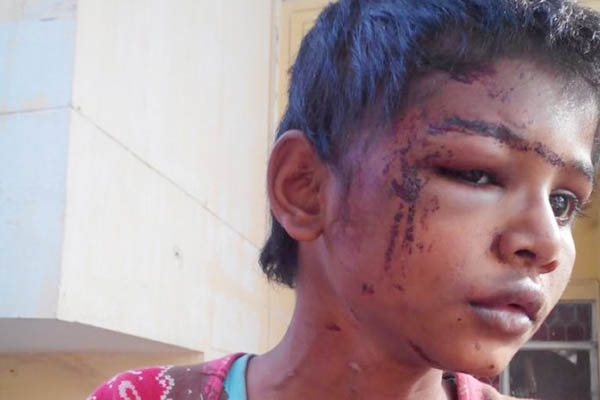 The Supreme Court on Wednesday ordered DNA tests to identify the parents of a 10-year-old maid who was tortured, allegedly by her employers, in a case that has caused widespread shock.

The child bears the marks of torture, a hospital board that examined her said earlier this week in a report submitted in court on Wednesday. However, officials say she has given different versions of what happened to her.

“We have to overcome her fear, only she can tell us the truth,” Chief Justice Mian Saqib Nisar said in court.

The incident has highlighted rampant child labor in the country and the lack of protection for them. The girl was reportedly employed by a district judge in Islamabad and initially told police she had fallen down the stairs and burnt her hands by accident, media reported.

But in a later statement she said she was beaten and her hands were burned on the stove by the judge’s wife, according to reports citing police.

After social media images showing injuries to the girl’s face and hands went viral, the top court intervened last week and ordered a full investigation. With the case making headlines across Pakistan, four different claimants have now told the court the child is their daughter.

Judges on Wednesday ordered police to conduct DNA tests to identify her real mother and father, and help police complete their investigation. “We must find the truth of why this unfortunate incident took place,” the Chief Justice said. He ordered the child, who was present in court, to be taken to a government-sponsored orphanage.

Current official figures detailing the precise scale of child labor in Pakistan are not available. According to Human Rights Watch, about 13 percent of children aged 10 to 14 in Pakistan are working.