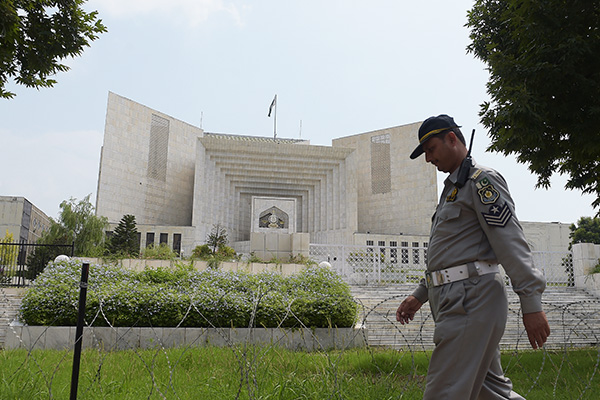 A man sentenced to death in 2002 for blasphemy, and who spent 17 years awaiting execution, has had his conviction overturned by the Supreme Court of Pakistan, his lawyer said on Thursday.

Wajih-ul-Hassan, a Muslim, also spent a year in jail before his conviction. He is expected to be released in the coming days after the decision was handed down by Pakistan’s apex court on Wednesday, said the lawyer, Nadeem Anthony.

“Everyone was crying with happiness,” he told AFP, adding that it had been a “long journey.”

Blasphemy remains a hugely sensitive issue in Pakistan, where even unproven allegations of insulting Islam can lead to assassinations and lynchings. About 40 people convicted of blasphemy are currently on death row in Pakistan, according to a 2018 estimate by the U.S. Commission on International Religious Freedom.

There have been “severe delays” in his trial, with eight judges succeeding each other in the case without deciding his fate, according to Amnesty. In May 2014, three gunmen murdered Hafeez’s lawyer.

The acquittal last October of Aasia Bibi, a Christian who had spent more than eight years on death row for blasphemy, provoked violent protests across Pakistan. Bibi now lives in Canada with her family.