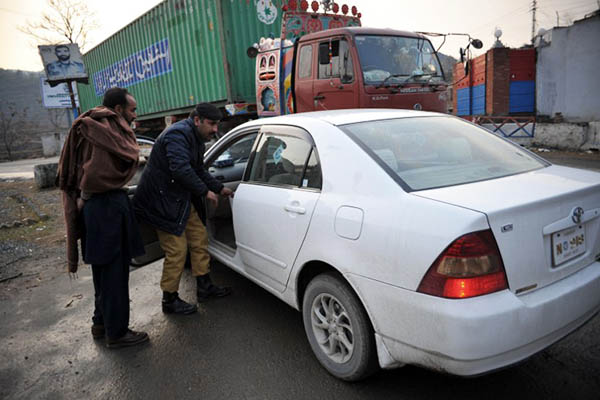 Militants remain a viable threat in the restive valley.

Three years ago, the Pakistani Taliban targeted Nobel Peace Prize laureate Malala Yousafzai for advocating girls’ education. Critically injured, the teenaged activist was flown for further treatment to the U.K., where she still resides. But while Yousafzai has found peace abroad, the attack on her was no outlier. Talking to Newsweek, residents of Swat claim similar targeted attacks continue to this day and allege the government appears powerless to stop them.

“I was the first to raise my voice against the menace of militancy,” says Zahid Khan, leader of the Swat Qaumi Jirga—of which Yousafzai’s father, Ziauddin, was a spokesman—and president of the All Swat Hotel Association. Since he founded the jirga in 2008, he says, militants have repeatedly targeted him. “The [entire] region has been engulfed with fear and panic. People don’t feel safe,” he says, adding he is a virtual prisoner is his own home and risks death every time he leaves the house.

The ongoing unrest is also affecting the very people Malala risked her life for—children seeking education. “Peace is a basic requirement for education,” says Sawab Khan, president of the Private School Management Association of Swat. “It’s a painful situation and every person is living in a state of suffocation,” he says, adding that children often ask teachers about reported shootings and the reasons for the violence.

Abur Rahim Mandookhel, president of the Mingora Bazaar, says the unrest has also been disastrous for the local economy. “Our business has been ruined because we are unsafe. You can’t grow the economy without peace,” he says.

Swat has traditionally been a tourist destination, with locals relying on money earned during the summer to survive the rest of the year. With targeted attacks on the rise, that revenue has started to dry up. “We have sacrificed so much for the restoration of peace in the region, but there is a lot more required,” says Mandookhel.

According to the businessman, the region’s reputation as a haven for militancy has also closed doors for local traders. “[Traders outside Swat] don’t trust us,” he says, adding many erroneously believe anyone who lives in the region is either a terrorist in hiding or a sympathizer.

In 2007, the Taliban took over Swat and remained in power for two years until the Army reclaimed the region. After the military operation, local villages established “defense councils” to monitor and report local militant activity to law enforcement authorities. Local journalist Niaz Ahmed says these councilmen, mostly tribal elders, are especially vulnerable to extremists. “Over 30 people have been killed in the recent past,” he says.

Idrees Khan is one of the tribesmen targeted for joining a defense council. He told Newsweek he’d been under constant threat since 2009. “In 2011, we were attacked while patrolling the city. Three of us, including me, were injured and a policeman deputed with us died,” he says. “We are standing side by side with security forces to restore peace in the region. The militants are the enemy of peace, which is why they are targeting us,” he says.

Journalist Ahmed admits that while the current situation appears bleak, it is not as bad as the height of Taliban rule, when the extremists regularly flogged women and even hanged people in public. However, he claims a credible threat remains. “Targeted killings have impacted every aspect of life in Swat—from business to education and even social gatherings,” he adds. In the first week of October alone, there were four brutal attacks with no obvious response.

On Oct. 1, two people were shot dead and another injured after unidentified gunmen opened fire on police officials in Barikot. Separately, Zubair Shah, a resident of Kabal tehsil, was shot dead near his home in an attack claimed by the Pakistani Taliban. The same day, a woman was injured when unidentified extremists hurled a hand grenade at the house of local politician Dildar Ali. In all three incidents, the attacks escaped the scene of the crime and have yet to be identified. Most recently, on Oct. 6, unidentified militants targeted a young man in the main Mingora bazaar, injuring him. He is still undergoing treatment at a local hospital.

Despite this surge, police say there is no cause for alarm. “We have arrested several suspects after each attack and hope to find the masterminds behind these assaults very soon,” district police official Salim Khan Marwat told Newsweek. The military also claims a majority of militants are already in custody and people in Swat are “happy” and “flourishing”.

“[We have] apprehended 90 percent of all sympathizers or abettors of target killers,” said a Swat-based military official on condition of anonymity, as he is not authorized to speak to media. He said security forces conduct regular patrols across Swat and maintains the region is on its way to normalcy. “We are aware some defense council members were targeted by militants, but just as many have been targeted over personal enmities,” he added.

Local sources, however, claim that while there hasn’t been any overt militant presence since the military operation, the extremists are far from eradicated. They claim the Maulana Fazlullah-led Pakistani Taliban has relocated across the border to Afghanistan’s Kunar and Nuristan provinces and often stage attacks from bases there.

“I was threatened from an Afghan cell number,” says businessman Mandookhel, adding that in the absence of state security, he’s turned to guard dogs to ensure he cannot be taken by surprise.

Swat Qaumi Jirga’s Khan, meanwhile, says he hasn’t experienced a moment of peace since 2009. Despite this, he says, he doesn’t want to leave Pakistan. Not that he has a choice. Despite invitations from Malala Yousafzai and his daughter, who lives in the U.K., authorities in both the U.S. and Britain have rejected his visa applications. “My daughter cried for hours after hearing of my visa being rejected,” he says, adding that she is afraid he’ll be killed before she gets a chance to see him again.

Mandookhel says law enforcement agencies appear ill equipped to investigate targeted killings and require proper training. “We often hear about raids that leave dozens [of militants] dead and there are now countless checkpoints across the region. But reports of targeted killers being arrested are rare,” he says. “The government and military often claim they have restored peace in the region, but we have been witness to attacks on both law enforcement personnel and civilians. This whole situation is extremely painful.”