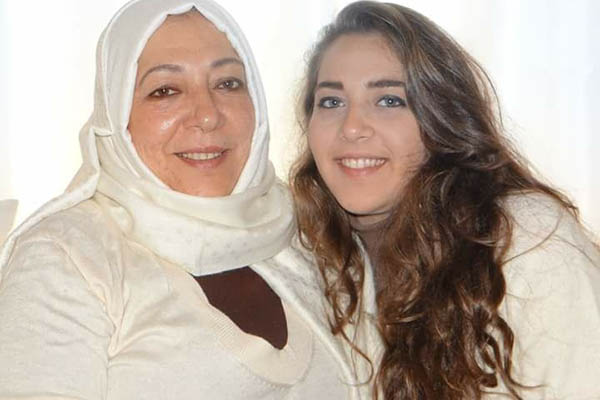 Aroubeh Barakat, daughter Halla were found stabbed to death at their apartment

A veteran Syrian opposition activist and her journalist daughter were found stabbed to death at their apartment in Istanbul, Turkish media reported on Friday, in a crime supporters claimed was an “assassination” to avenge their work.

Friends raised the alarm after being unable to reach Aroubeh Barakat and her daughter Halla Barakat by telephone for two days, the Dogan and Anadolu news agencies said. Turkish police then arrived at their apartment in the Uskudar district on the Asian side of Istanbul and found both women dead.

Anadolu said the police investigation concluded they had been stabbed to death. Unconfirmed reports said that their throats had been cut.

The Hurriyet daily said forensic investigators believed that they had been killed two or three days ago and the attacker had poured lime over the corpses and wrapped them in blankets to prevent any smell.

Since the outbreak of the Syrian civil war in 2011, Turkey has become home to almost three million Syrian refugees, many of them opponents of the regime of President Bashar al-Assad.

The killings unleashed a wave of shock and mourning among the exiled Syrian opposition, whose National Coalition grouping is based in Istanbul. “The hand of terrorism and tyranny is the prime suspect in this heinous crime of assassination,” the National Coalition said in a statement. “We are confident that the investigations by the Turkish authorities will reveal the details,” it added.

Riad Hijab of its High Negotiations Committee hailed their “revolution of pen, [and] restless pulse” vowing: “Their murderer won’t succeed and shall be brought to justice.”

The U.S. State Department said it “condemns the perpetrators of these murders and we will closely follow the investigation.”

Aroubeh Barakat’s sister Shaza also confirmed the deaths in a Facebook post, saying the two “were assassinated at the hands of injustice and tyranny.” She said her sister had opposed the Assad regime from the 1980s going back to the rule of Bashar al-Assad’s father Hafez.

The Yeni Safak daily said Aroubeh Barakat had carried out investigations into alleged torture in prisons run by the Assad regime. Reports said she had fled Syria under the rule of Hafez al-Assad in the 1980s and initially lived in Britain, then the United Arab Emirates before coming to Istanbul.

The National Coalition said Aroubeh Barakat had taken “honorable positions and played an active role in the Syrian revolution,” adding that the impact of her actions would last long after her death.

Halla Barakat, 22, was working for a website called Orient News and had also for a time worked as a news editor for Turkish state broadcaster TRT’s English language channel TRT World.

Syrian opposition activists and journalists based in Turkey have repeatedly complained of threats to their security.

The International Federation of Journalists (IFJ) called on the Turkish authorities “to conduct an immediate and thorough investigation to bring those responsible to justice” over the latest killings.