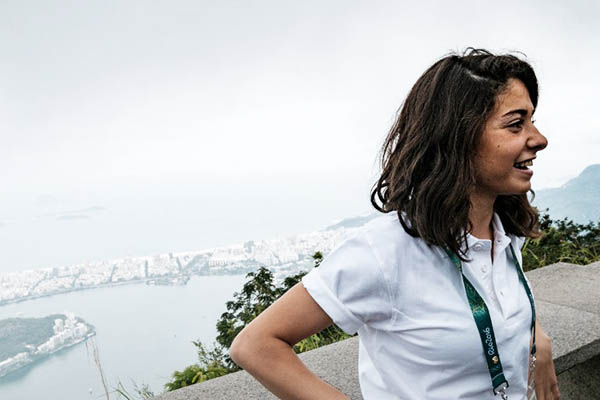 Yusra Mardini, the teenager who braved a Mediterranean crossing in a leaky dinghy fleeing war-torn Syria, won her 100m butterfly heat in Rio on Saturday to launch an “amazing” Olympic experience.

“Everything was amazing. It was the only thing I ever wanted was to compete in the Olympics,” said the 18-year-old, who is representing the first ever Olympic refugee team. “I had a good feeling in the water so I’m happy for that.”

She attended Friday’s Opening Ceremony, but didn’t stay for the end because she wanted to be ready for her race.

Mardini touched in at 1min 09.21sec, just off her entry time of 1:08.51. “I’ve only been back swimming for two years so we’re only now getting back to my levels of before. But I’m pleased,” added Mardini, who has settled in Germany with her family.

Less than a year ago Mardini found herself swimming for her life when the crowded dinghy headed for the Greek island of Lesbos suffered engine failure. She and her sister jumped into the water and used a rope to tow the boat to safety.

Although she was 41st-fastest in an event led by world record-holder Sarah Sjostrom’s 56.26sec meaning she didn’t qualify for the semi-finals, Mardini said it was a thrill to line up against the world’s best. “It’s an incredible feeling and I’m happy to see all the great swimmers here,” she said. “Competing with all these great champions is exciting.”

In March, International Olympic Committee President Thomas Bach announced he would choose five to 10 refugee athletes to compete at the Games. One other swimmer, Rami Anis, is also originally from Syria and will compete in the men’s 100m butterfly. Mardini is also entered in the 100m freestyle.

Six refugee athletes are competing in athletics and two in Judo.