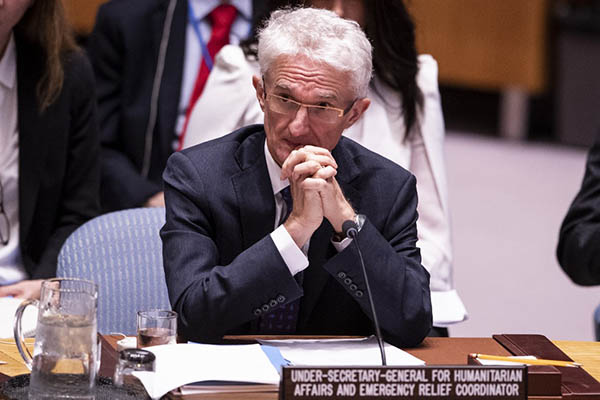 At the close of a conference on the subject in the Norwegian capital, 21 donor countries vowed to make their contributions in 2019, 2020 “and beyond,” the U.N. said. Some $660 million are needed this year to fund programs combating sexual violence, according to U.N. Under Secretary General for Humanitarian Affairs Mark Lowcock.

“Sexual and gender-based violence destroys people, it destroys local communities and it is extremely difficult to mend the damage,” Norwegian Foreign Minister Ine Eriksen Soreide said. “That’s why we have to do more to prevent it,” she said.

The wealthy Scandinavian country itself pledged one billion kroner ($115 million) between 2019 and 2021. “Violence against women and young girls is finally recognized not only as a serious violation of a woman’s rights but also as a public health epidemic, and as an obstacle to resolving global challenges such as extreme poverty, HIV-AIDS and conflict management,” Congolese doctor and 2018 Nobel Peace Prize winner Denis Mukwege said. “It is no longer a humanitarian crisis, but rather a crisis of our humanity.”

The majority of the conference’s participants insisted on the importance of prevention and the fight against impunity. “When I was first working on humanitarian crises around the world more 35 years ago, nobody talked about sexual and gender-based violence,” said Lowcock. “That is not because it was not happening. It was. But it was a hidden horror,” he said, adding: “One of the most important things we’re able to do … is put a bright shiny spotlight on this issue.”

Every third woman in the world is subjected to sexual or gender-based violence at some point in her life, according to the U.N., a phenomenon exacerbated in times of humanitarian crises. In late April, the U.N. Security Council approved a resolution supporting victims of sexual violence, but it was largely rendered void of substance by the United States, Russia and China.

Amid U.S. opposition to the International Criminal Court and mounting restrictions on abortion, the United States managed to have all mentions of sexual and reproductive rights removed, and rejected the creation of a mechanism making it easier to bring perpetrators of sexual violence to justice.

“How is it possible that not a single defendant has been judged by the International Criminal Court for rape even though its usage is widespread,” blasted Mukwege. “Unfortunately, not a single defendant has been judged, while the survivors, they are breaking the silence, testifying courageously in public, and they are living proof that these horrific crimes intended to shock mankind’s conscious are being committed.”