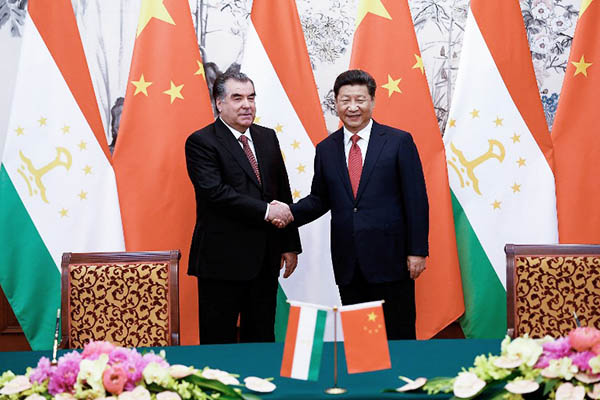 Both nations entered into an anti-terror alliance with Pakistan and Afghanistan earlier this year.

Tajikistan began joint anti-terror drills with China on Thursday close near the border with Afghanistan as part of Beijing’s drive to boost security in the region.

Tajikistan’s defense ministry said that the exercises on Tajik territory would last until Oct. 24 and involve at least 10,000 troops as well as military vehicles and helicopters.

Tajik authorities said last month that China would be building infrastructure to increase security on the 1,300-kilometer border between Tajikistan and Afghanistan, which is a haven for drug traffickers.

China and Tajikistan entered into an anti-terror alliance with Pakistan and Afghanistan earlier this year.

Security issues in former Soviet Central Asia, a region that borders China’s restive Xinjiang province, were once the exclusive preserve of Russia. But that has changed with the expansion of the China- and Russia-led Shanghai Cooperation Organization, which includes four of the five former Soviet republics of Central Asia and will soon incorporate Pakistan and India.

A suicide attack against the Chinese embassy in Kyrgyzstan in August highlighted Beijing’s security interests in the region.

Kyrgyz authorities blamed the attack, which injured three people and resulted in the attacker’s death, on Uighur radicals, a mostly Muslim minority from China’s Xinjiang region. The United States’ security footprint in the region has shrunk since Uzbekistan and Kyrgyzstan ended agreements for bases used in Washington’s Afghanistan operations in 2005 and 2014, respectively.