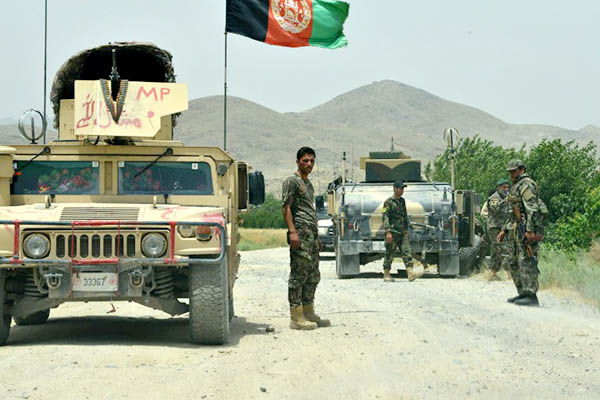 At least 15 Afghan soldiers were killed when Taliban fighters attacked their base in Kandahar, officials said on Friday, in the third major insurgent assault this week on the military in the southern province.

The assault in Shah Wali Kot district late Thursday comes after hundreds of insurgents stormed other bases in the same area and Maiwand district earlier this week, bringing the death toll among Western-backed troops to around 60.

The attacks highlight a growing insurgent offensive in Kandahar, a Taliban hotbed where security has relatively improved in recent years under the iron grip of police chief and regional strongman General Abdul Raziq. “The Taliban launched a coordinated assault on an army base last night [Thursday] in Shah Wali Kot,” defense ministry spokesman Dawlat Waziri told AFP. “Fifteen Afghan army soldiers were martyred and five others wounded… but the base remains under the control of our forces.”

A provincial official who spoke on the condition of anonymity gave a higher death toll of 20, adding that some soldiers were missing after the attack and the Taliban had seized four military humvees.

At least 30 soldiers were killed in a similar attack in Shah Wali Kot late Monday and two days later, 13 others died in another insurgent raid in Kandahar’s Maiwand district, a provincial official told AFP. The Taliban claimed responsibility for the attacks as their annual spring offensive intensifies and the insurgency expands more than 15 years after they were toppled from power in a U.S.-led invasion.

Raziq, arguably the most powerful security commander in southern Afghanistan, has lashed out at the central government in Kabul over the growing insecurity in Kandahar, accusing them of a plot to destabilize his province. “Some political figures within the National Unity Government are trying to destabilize Kandahar like [neighboring] Helmand and Uruzgan provinces,” Raziq told a public gathering on Thursday. “Whenever there is an attack in Kandahar, the central government does not help.” His scathing remarks did not immediately provoke a response from Kabul.

The attacks mark another stinging blow for NATO-backed Afghan forces. They come just a month after the Taliban killed at least 135 soldiers in the northern province of Balkh in the deadliest insurgent attack on an Afghan military base since 2001. The battlefield losses have raised concerns about the capacity of Afghan forces, beset by unprecedented casualties and blamed for corruption, desertion and “ghost soldiers” who exist on the payroll but whose salaries are usurped by fraudulent commanders.

During another deadly Taliban attack on security outposts in southern Zabul province on Sunday, local officials made desperate calls to Afghan television stations to seek attention because they were unable to contact senior authorities for help. The pleas for attention, a major embarrassment for the Western-backed government, highlighted the disarray in security ranks.

As of February only about 60 percent of Afghanistan’s 407 districts were reported to be under government control, with the authorities in Kabul struggling to counter the ascendant Taliban, according to the U.S. watchdog agency SIGAR.

The Taliban launched their annual “spring offensive” in late April, heralding a surge in fighting as the U.S. tries to craft a new Afghan strategy. U.S. Defense Secretary Jim Mattis last month warned of “another tough year” for security forces in Afghanistan.

The United States and several NATO allies are considering sending thousands more troops to break the stalemate against the resurgent militants.