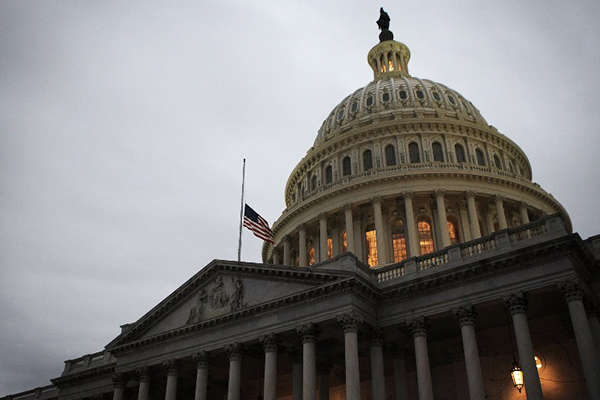 The Pakistani Taliban, which initially claimed credit for the foiled bombing of New York City’s Times Square in May 2010, denied having anything to do with explosions that killed three people and wounded more than 100 in Boston.

“We believe in attacking the U.S. and its allies, but we are not involved in this attack,” Ihsanullah Ihsan, Tehreek-e-Taliban Pakistan’s spokesman, said today. “We have no connection to this bombing but we will continue to target them wherever possible,” he added.

Monday’s explosions at the Boston Marathon, one of America’s top sporting events, forced cities from New York to Los Angeles to go on high alert and conjured up memories of the world-changing 9/11 attacks.

An Internet video purportedly from the Pakistani Taliban claimed responsibility for a car bomb attempt in Times Square on May 1, 2010, for which Pakistani-American Faisal Shahzad was jailed for life. A Taliban spokesman later denied that the faction had trained or recruited Shahzad.

Shahzad said during his trial that he received bomb-making training during a 40-day stay with the Pakistani Taliban, but that on his return to the United States he planned the bombing and acted alone. He was also shown in a video embracing Hakimullah Mehsud, commander of the Pakistani Taliban, who has vowed to attack major U.S. cities. The Tehreek-e-Taliban is based in Pakistan’s northwestern tribal belt on the Afghan border and has been blamed for some of the deadliest suicide attacks in Pakistan.

U.S. President Barack Obama says it is not yet clear who was behind the blasts. He said the perpetrators would pay, but he did not utter the word “terror.” Newsweek’s Sami Yousafzai says the FBI is looking into possible links between the Boston attacks and militant groups in the Middle East, Pakistan’s tribal areas, and Afghanistan’s Kunar province.

Meanwhile, Pakistan issued a strong condemnation of the Boston attacks on Tuesday morning. “The government and the people of Pakistan are deeply shocked and saddened at the cowardly terrorist attacks in Boston during the marathon,” reads an official statement. “This despicable act has resulted in the loss of precious human lives, including children’s. Our condolences and prayers are with the victims and their families during this difficult time. The government of Pakistan condemns this heinous act of terrorism in the strongest possible terms and hopes that the perpetrators of this barbaric act will be brought to justice.”