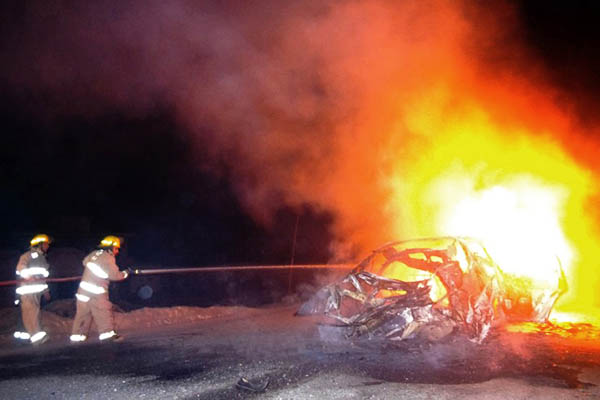 Extremists announce plans to target foreigners and non-combatants in lead-up to next week’s polls.

Unable to stop next Saturday’s Afghan presidential election, the Taliban and their allies are ramping up violence, even killing children, to create a climate of fear and discredit the poll.

For many Afghans, the renewed spike in violence is a reminder of the fear that beset voters the last time they were asked to head to the polls.

In the Mahala Najat district of Kandahar city—the former capital of the Taliban regime when they ruled Afghanistan from 1996 until the U.S.-led invasion in 2001—shopkeeper Ahmad Gul sits under a tired orange awning.

He recalls how during the last election day on Aug. 20, 2009, a group of Taliban fired four rockets just meters from his shop at the provincial governor’s residence, frightening the local population and contributing to a record low voter turnout for Kandahar—just five percent. “No one went out of their houses, they stayed home because they were afraid and also because they knew everything had been decided in advance and that Karzai would be re-elected,” said 30-year-old Gul.

Five years later, thanks to a significant boosting of the army and local police—and the insurgency losing steam—the area is clear of Taliban, Gul says. But the Taliban can still strike at any moment and, as in 2009, tension is mounting with the approach of the vote to choose a successor to President Hamid Karzai, the only man to have ruled Afghanistan since the Islamists were ousted from power.

The Taliban have taken time to clarify their position on the election. After initially talking of a boycott they hardened their tone on March 11, announcing that they had ordered their fighters to disrupt the poll by attacking activists and officials connected with it. “It is the religious obligation of every Afghan to fulfil their duty by foiling the latest plot of the invaders that is guised in the garb of elections,” the militants said.

Since then the violence has surged, as happened in the lead-up to the 2009 ballot, when NATO forces recorded an average of 32 attacks a day in the 10 days preceding the vote and 48 in the last four days. In Kandahar, largely calm in recent months, two suicide attacks followed the Taliban announcement, leaving several people wounded, according to officials, and on March 20 the insurgents claimed an attack in the eastern city of Jalalabad that killed 10 police officers.

But it is Kabul which has borne the brunt so far, suffering a series of spectacular, high-profile attacks targeting in particular the Independent Election Commission (IEC), which has had both its headquarters and a city branch office hit.

Just 30-33 percent of voters cast ballots in the 2009 election, according to the U.N. and the Taliban are hoping to engineer a similarly low turnout this time around. “Now the policy is to carry out more attacks against non-combatant targets. Taliban will try to carry out attacks on polling stations, will try to scare voters and to force them to stay at home,” said a Taliban commander speaking on condition of anonymity.

But Afghan civilians are not the only ones in the crosshairs of the newly re-radicalized Taliban. The insurgents are directing their attentions to foreigners as well, as shown by the attack on Kabul’s luxury Serena hotel on March 20, which left four foreigners dead as well as AFP reporter Sardar Ahmad and his family.

Two Taliban commanders told AFP in recent days that the rebels plan to continue the violence and are planning attacks on “hotels and restaurants known for being used by foreigners.”

Thomas Ruttig of the Afghan Analysts’ Network said that after the efforts at peace talks in recent years with the Kabul government and its Western allies produced no results, “Taliban are drifting into a more radical direction.” It is a trend that will cause international anxiety, as it did in the Serena attack when the gunmen shot dead two Afghan children aged five and six, according to numerous witnesses. And the string of attacks in Kabul has led some foreign observers to pull out.

“People often talk about the Taliban, who claim everything for political reasons, but maybe other players have an interest in not having an election, or a very chaotic one,” said one observer on condition of anonymity.

In 2009 the violence in the run-up did not stop the poll going ahead but—along with massive fraud, which is feared again this year—it did make the ballot chaotic, tarnishing the re-election of Karzai and his legitimacy.

One Taliban fighter stressed that not everyone in the broader movement has the same view of the poll. “The dissident political commission which is in contact with Karzai wants Zalmai Rassoul to win—even if they are not openly supporting Zalmai Rassoul but being a Karzai candidate, they wish him to win,” he said. “The military section of Taliban is not supporting any candidate, they see the solution in war.”