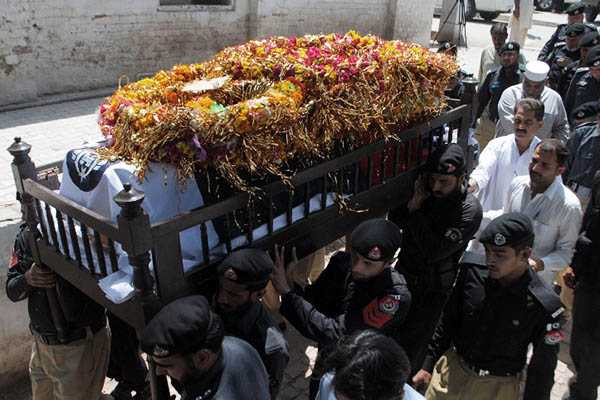 Bahadur Khan was targeted while he was taking his daughter to school in Peshawar.

Taliban insurgents on Wednesday gunned down a senior counter-terrorism policeman as he was taking his daughter to school in Peshawar, police said.

Bahadur Khan, a senior official in the Department of Counter Terrorism, was shot Wednesday morning and died of his injuries in the afternoon, said Nasir Durrani, police chief in Khyber-Pakhtunkhwa province. He said the officer was on his way to drop his daughter off at school when two attackers on a motorbike opened fire.

The Pakistani Taliban claimed responsibility for the killing and said the gunmen escaped unhurt.

The officer’s funeral was attended by provincial governor Mehtab Ahmed Khan and Durrani as well as other senior provincial police officials. Durrani told mourners the murder was a reprisal for operations by the counter-terrorism department against the Taliban.

Pakistan has been battling a homegrown Islamist insurgency for over a decade following the late 2001 U.S.-led invasion of Afghanistan. Its Army has been waging a major campaign against Taliban and other militants in North Waziristan since June last year.

Authorities have vowed to intensify operations both in border regions and nationwide.