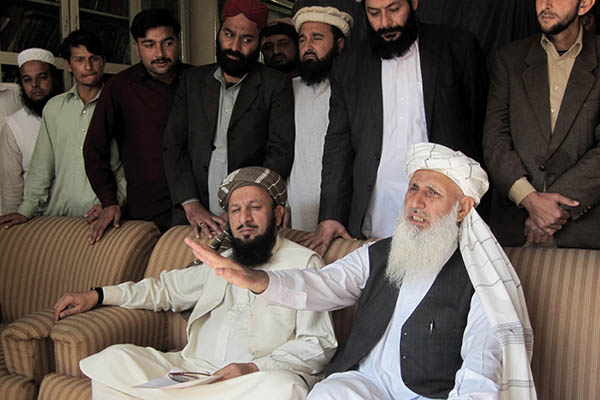 Both sides expected to meet for more talks in the next few days.

A negotiator for the Pakistani Taliban said Thursday he was “confident” the militants would extend their month-long ceasefire, following a first round of direct talks with the government.

The government began negotiations with the Tehreek-e-Taliban Pakistan (TTP) through intermediaries last month to try to end the extremists’ bloody seven-year insurgency. On Wednesday a four-member government committee comprising three civil servants and a former diplomat held their first meeting with members of the TTP’s political council in North Waziristan.

Few details have emerged from Wednesday’s talks but extending a Taliban ceasefire—declared to help the peace process but due to expire next week—was seen as a top priority.

Professor Muhammad Ibrahim, a member of the Taliban’s original negotiating committee who attended Wednesday’s session said he was hopeful this would be achieved. “We are confident that the ceasefire will be extended,” he said. “Our efforts will be to ensure that there is a permanent ceasefire.”

Ibrahim said the two sides were trying to build confidence in one another and would meet for more talks in “the next few days.”

The TTP has also asked the government to release around 300 people including women and children it says are being held despite being “non-combatants.” There have been suggestions that high-profile figures held by the militants, including the son of former prime minister Yousaf Raza Gilani, could be freed in return.

However, some analysts have voiced skepticism about the talks’ chances for success, given the Taliban’s demands for nationwide shariah law and a withdrawal of troops from the lawless tribal zones.

Hasan Askari, a leading security and political analyst, said that even after stepping up talks to the “direct” level, the discussions were still stuck on procedural matters and “dancing around the critical issues.” He said he expected the TTP to extend their ceasefire to avoid the Army launching a ground offensive against its strongholds in North Waziristan—an operation many had been predicting earlier in the year.

“But the question is how will they address the key issue—peace on what terms, and secondly will the Taliban agree to give up violent activities and work within the framework of Constitution?” Askari said. “This they are not likely to accept because it will mean losing their identity, and they will have to work as a political party.”

Attacks claimed by splinter factions have continued during talks and despite the Taliban ceasefire, further undermining the process. Two separate bomb attacks on March 14 killed 19 people, while a major gun and suicide bomb attack on an Islamabad court complex left 11 dead just two days after the TTP announced its ceasefire.

They need to release shebaz taseer and others who hv been held up for no fault of their own. In return if there r women and children been held by the army then they should also not be detained if there is no evidence against them. That should show sincerity on both sides