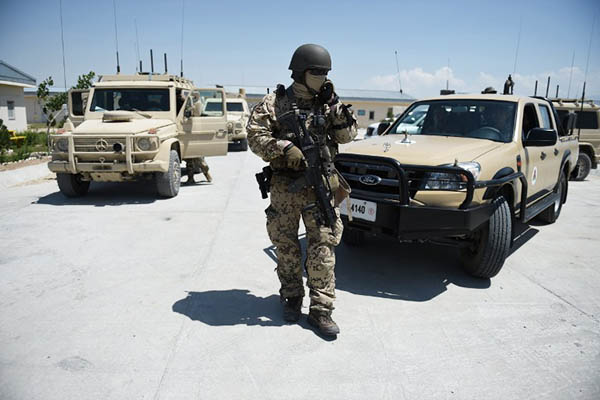 A Taliban suicide bomber rammed a vehicle filled with explosives into a convoy of foreign forces in Afghanistan’s restive southern province of Kandahar causing casualties on Wednesday, officials said.

NATO confirmed in a statement that a convoy was attacked and did “cause casualties” but did not immediately give further details.

At least one witness reported seeing three bodies pulled from one of vehicles.

Mohammad Azim, a shopkeeper, told AFP: “I saw a foreign forces vehicle on fire after the attack. A while later helicopters landed in the area, they took three bodies out of the vehicle and flew away. There were three armored vehicles in the convoy.”

The Taliban, who have a heavy presence in poppy-growing Kandahar province and have launched repeated attacks there, quickly claimed the attack by text message to AFP.

The assault is the latest blow to NATO forces, who ended their more than a decade-long combat mission in Afghanistan at the end of 2014. Since then Afghan troops and police, beset by soaring casualties, have struggled to beat back the resurgent Taliban, while facing the growing menace of the Islamic State group.

The Taliban have been ramping up their campaign against beleaguered government forces, underscoring rising insecurity in the war-torn country during the summer fighting season when the warmer weather tends to spur an increase in militant attacks. A recent U.N. report described Kandahar, which lies on the border with Pakistan, as one of the most dangerous places in the country for civilians.