Home Lightbox Talking to Your Killers

Talking to Your Killers 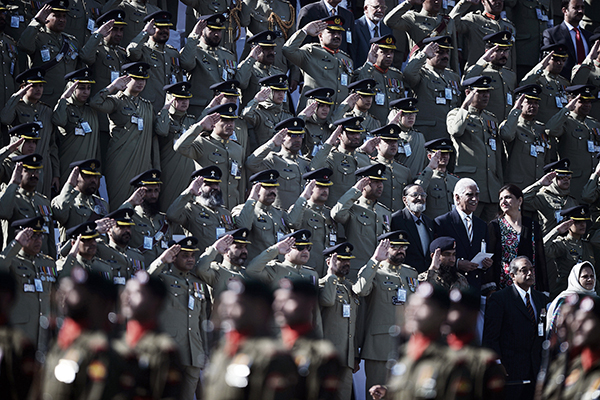 How do the ‘peace’ talks work?

[dropcap]Y[/dropcap]esterday’s decision by Prime Minister Nawaz Sharif to send a four-member peace committee to parley with the Taliban has produced much head-scratching in the pundit community, most of whom had already prepared drafts of their columns welcoming the federal government’s decision to finally teach the damn Tangos a lesson.

I have a different question: how exactly will these negotiations work? I know how negotiations normally work (i.e., you talk, I talk, and we agree to meet halfway), but my question is more about procedure than substance. Who will represent the Tehreek-e-Taliban Pakistan? And where will the negotiators meet?

Let’s start with the first question. Apart from a few odd names, we don’t know who represents the Taliban. Our leaders keep on telling us that the Taliban are not a monolithic entity but are made up of 50-odd groups. If so, how do we know that the person who shows up for talks actually represents those 50-plus groups?

This is not a frivolous question. Back in 2010, the United States spent many months and many millions of dollars negotiating with someone who purported to be Mullah Akhtar Muhammad Mansour, a senior Taliban leader; except, of course, he wasn’t. And as the Americans ruefully acknowledged later, “We gave him a lot of money.” If history is any guide, about half of Peshawar is currently scowling in the mirror and perfecting their Mullah Fazlullah impression.

Which leads me to my second question: where will we meet these Johnnies? I seriously doubt that Mullah Radio and his cohorts will be traipsing down for meetings to the Serena in Islamabad (though they will be no more disreputable than the normal guests there). On the other hand, given the age and physical frailty of most of our negotiating team, we can hardly expect them to hike off into the wilderness. I understand that normal operating procedure is that both sides troop off to neutral territory for meetings. If so, what exactly constitutes neutral territory? Kabul? Doha? Vegas?

I don’t know of any country which has ever expressed anything less than 100 percent revulsion for the Taliban. How are the Taliban negotiators going to communicate back with their leaders and, more importantly, how will they get back to North Waziristan? Is there some sort of an agreed protocol involved here in which the Pakistan Army turns its back while the representatives of their killers go and hide in the bushes? I understand that the Taliban minions are not the most logical bunch of people. But isn’t negotiating on behalf of the Taliban much the same thing as painting a large bulls-eye on your back?

Presumably, we will find out all these answers and more in the weeks to come. One option is that given the master class in public groveling recently performed by a “senior analyst,” the talks will actually be hosted by local TV channels. After all, we don’t want our new masters to get too angry, do we?

A pithy, rhetorical fluff piece devoid of any intelligent thought or analysis. Newsweek Pakistan would do well to publish articles from people with a genuine point rather than someone who likes to hear the sound of his voice in his own head.

Well,it is amusing but apparently you a had a little too much booze before writing this. Generally, you do much better. Still enjoyed it, though would like to know the name of that ‘senior analyst’.