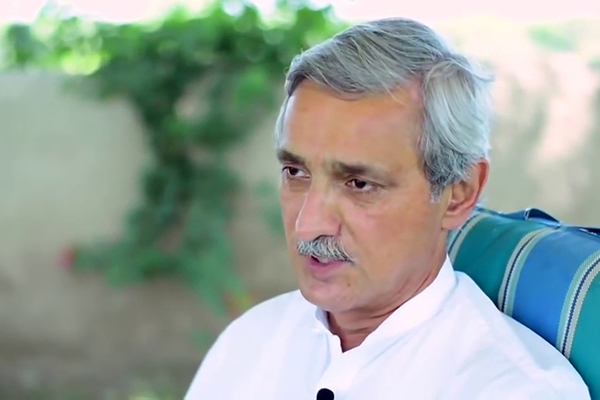 Jahangir Khan Tareen, a Pakistan Tehreek-e-Insaf stalwart believed to have been instrumental in ensuring the formation of the incumbent government, on Tuesday announced parliamentary leaders of his “group” in both the National Assembly and the Punjab Assembly, adding that they would operate in parallel to, but not separate from, the ruling party.

According to participants of the dinner, 31 lawmakers of both the national and provincial assemblies had attended and agreed to support the sub-group. Riaz, meanwhile, claimed that the group’s strength was approaching 40, as 8 more lawmakers had decided to join them. Most of the parliamentarians comprising the group accompanied Tareen to court on Wednesday morning where he sought an extension to his pre-arrest bail.

“This is not a forward bloc,” Tareen told journalists outside court. “We are all part of the PTI, we all were part of the PTI, and we will all remain part of the PTI,” he added. The purpose of the group, he stressed, was to ensure “justice” for himself and his supporters. “There are two issues: one of Jahangir Tareen and the FIRs [against him],” he said. “And a second of the Punjab government pressuring members of our group and initiating probes against them,” he said. “We will protest these actions in the Punjab Assembly,” he vowed.

News of the development, late on Tuesday night, prompted an outcry of criticism for Tareen from among the PTI. Supporters took to social media to pledge their support for Khan, with several warning Tareen that he had no political strength apart from the prime minister. Supporters of opposition parties also joined in, with backers of the Pakistan Muslim League (Nawaz) taunting the PTI for predicting a split within the PMLN and instead ending up with rifts within their own party.

Foreign Minister Shah Mehmood Qureshi, in a TV appearance on Wednesday morning, stressed that “Imran Khan is the PTI,” adding that the Tareen group should trust in their leader and realize that they would not have been elected without his support.

Rumblings about the group started last month after Tareen’s supporters in the National and Punjab assemblies urged Prime Minister Imran Khan to revisit the cases against him, alleging that SAPM Shahzad Akbar had “targeted” him unfairly. Claiming they had no issues with “justified” cases, they repeatedly emphasized that Tareen was being “made an example” and the PTI could not treat its own members “unfairly.”