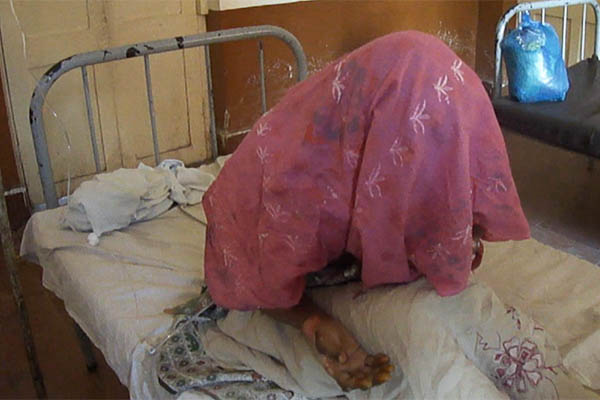 Police say injured girl has received burns on 35 percent of her body.

Police in Sindh province told journalists on Monday that they had arrested a man accused of attacking a teenage girl by throwing boiling oil on her after she rejected his advances.

“Aqsa, 18, was badly injured after Sajid Qureshi threw boiling oil on her inside her home,” said Asad ul Nabi of the Kandiaro Police Station. “Aqsa’s relatives told us that Sajid had asked for the girl’s hand in marriage but her parents had refused him because he was not a member of their tribe,” he said. “According to the victim’s brother, Sajid became angry after being rejected. He rushed to the family’s house and threw oil on Aqsa when she opened the door.”

According to police, the injured girl has received burns on 35 percent of her body and is currently recovering at the District Headquarters Hospital.

The police said that Sajid, a local cloth merchant, had been taken into custody and would be charged after Aqsa’s family registered a formal complaint. He said similar cases in the past had been resolved through compromise and the police did not want to rush into registering a case that could later be rejected.

Shahida Naseem, a social worker in Sindh, told Newsweek that jilted suitors attacked thousands of girls across Sindh every year. “Where are our provincial legislators when such crimes occur,” she asked.

“The Government of Pakistan, along with the provincial government of Sindh, needs to introduce solid and fruitful laws to allow women to live with the men of their choice,” she said.