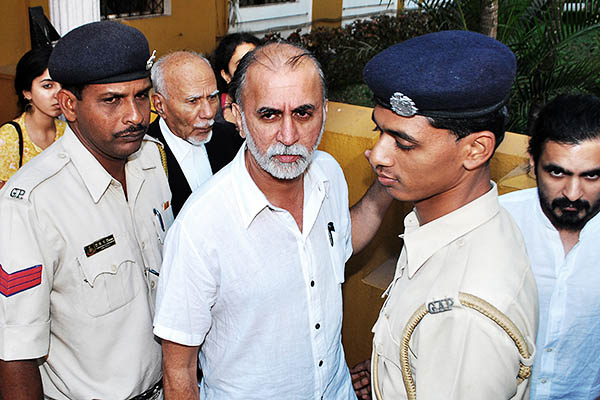 Tarun Tejpal has been released on the condition he does not tamper with evidence or threaten witnesses.

India’s Supreme Court on Tuesday granted bail to a leading editor of an investigative magazine charged with raping a colleague in a high-profile case that has gripped the nation’s elite.

A bench headed by Justice H. L. Dattu granted relief to Tarun Tejpal, the founder and editor of Tehelka magazine, on condition that he does not tamper with evidence or threaten witnesses.

Tejpal, 51, has been charged with a series of offences including sexual harassment, outraging modesty and rape of his junior colleague during a magazine-sponsored event last year in the western holiday state of Goa. “If the Goa police feel that Tejpal is interfering with the probe or tampering with evidence or trying to influence witnesses, they can come back to the Supreme Court for cancellation of his bail,” the judge said. “[However] the liberty of an individual cannot be jeopardized once the investigation is over and charge-sheet is filed.”

The woman, who has quit the magazine since the scandal broke and who cannot be named for legal reasons, has told police she was molested twice in the lift of the hotel where the event was organized. Tejpal, in custody since his arrest last November, denies the allegations.

The case repeatedly made front-page news in India amid widespread outrage over a series of rapes, especially because of Tejpal’s stature as one of the top journalists in the country.