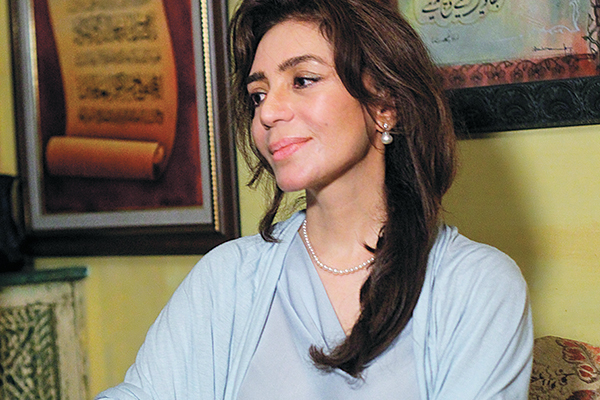 Founder of Tehmina Durrani Foundation warns politicians to prove they support welfare for masses or risk being rejected at polls.

Tehmina Durrani on Tuesday called on Pakistan to join her in launching a global social welfare movement to ensure members of all societal strata—from the elite to the impoverished—were accorded their due rights.

Addressing a press conference two years after the inauguration of her non-governmental Tehmina Durrani Foundation, the rights activist urged Pakistanis to help her realize the late Abdul Sattar Edhi’s dream for a social welfare state. “We will continue the radical reform introduced by Edhi,” she said, referring to the globally renowned philanthropist, who died last year after a prolonged illness.

Durrani said her eponymous foundation was a ‘global movement’ for learning and would strive to educate the impoverished on the rights owed to them by the state. “Edhi’s work—his ambulances, orphanages and other essential facilities—showed us the basic needs required of our citizens. We must now spread and adopt his ideology,” she said, adding that the first step was changing the mindset of the ruling elite to reduce the barriers between the various social and economic classes. “We are here to explain your rights and ensure you receive them,” she said.

Durrani, who wrote Edhi’s biography in 1996, said it was time to transform the idea of ‘jihad’ in the global consciousness. “We need a humanitarian jihad, not a militant jihad,” she said, adding that storytellers would spread this message of ‘Edhi-ism’ across the world and teach the youth about the fundamental—and charitable—principles of Islam. She said her foundation would work with the government to encourage the inclusion of Edhi’s message, as spelled out in his biography A Mirror to the Blind, into the national curriculum.

Referring to Pakistan’s major political parties, she said they must show they support a welfare state. “If our rulers do not realize this, people will reject them,” she said, “I foresee Pakistan becoming a welfare state in the future.” In pursuit of this goal, the foundation will approach lawmakers and encourage them to propagate Edhi’s message and follow his guidance in implementing social welfare reform. Durrani said the past was irrelevant—what mattered now is whether the country’s political parties change course.

Women’s empowerment is a core goal of the foundation, said Durrani. “We will ensure woman are able to achieve economic independence and will work with the government to visit hospitals and schools and motivate them to follow Edhi’s path.” She also stressed on the importance of educating youth to ensure their future was secure. “The Tehmina Durrani Foundation will work with the Edhi Foundation to ensure all this comes to pass,” she said, adding that the organization operated on similar low-cost and transparent principles.

Hi,Ms. Tehmina Durrani, My Pledge to you, to work with your Global moment.

Wishing you Best of Luck in your future endeavors