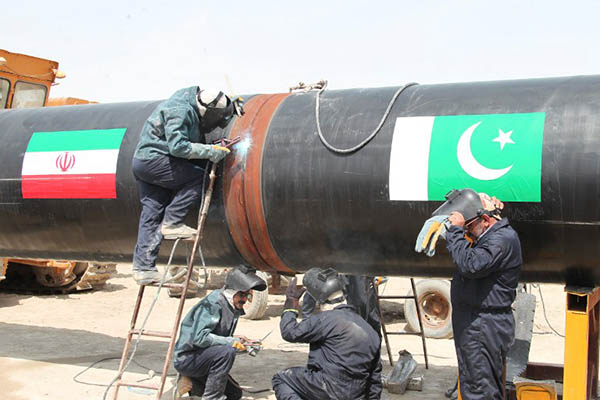 Islamabad is hopeful of reviving a stalled gas pipeline project connecting Iran to energy-starved Pakistan, a minister said on Wednesday following the signing of a historic nuclear deal between Tehran and world powers.

Launched in 2010, the project envisages the creation of an 1,800-kilometer pipeline from Iran to Pakistan, which has for years been blighted by an energy crisis that has stunted its economic growth. Iran completed its part of the project in 2013, but Pakistan put construction on hold citing U.S. and European sanctions on Tehran linked to its nuclear program.

The International Atomic Energy Agency is set to verify Iran has implemented its commitments in December, paving the way for sanctions to be lifted from the start of next year.

“A lot of issues that have built up over the years will be resolved, especially the Iran-Pakistan pipeline, where we have a contractual obligation to buy the gas and they have the obligation to deliver the gas but that has been hit by the sanctions,” said Shahid Khaqan Abbasi, Pakistan’s minister of petroleum and natural resources. “Now hopefully, as the sanctions are removed, it will facilitate us in addressing our energy needs and also meet the contractual obligation,” he added.

Pakistan’s key ally China is currently financing the construction of a gas pipeline from the southern town of Nawabshah to the deepwater port of Gwadar, not far from Iran. Once that is built, Pakistan will “only have to build another 80 kilometers” of pipeline to link up to Iran, and could eventually extend the project as far as its northern border with China, said Abbasi.