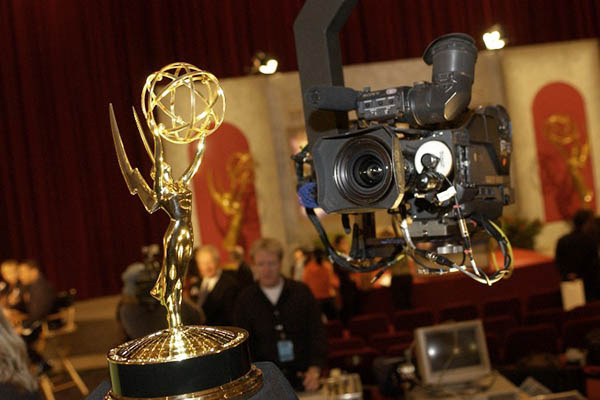 Will blood-splattered fantasy epic Game of Thrones finally take home top television honors, or will voters instead offer sentimental favorite Mad Men and its retro-cool advertising execs a golden send-off? Millions will tune in on Sunday to find out.

The Emmy Awards, the biggest honors in television, will be handed out at a star-studded ceremony in Los Angeles that could see some major surprises—and maybe even a history-making win for black women.

“We’re going to see some new winners in most of the top races, and that’s going to be great for Emmy fans,” said Tom O’Neil, a showbiz journalist who founded Hollywood awards prediction site Gold Derby.

One big question on everyone’s minds for this year’s 67th Primetime Emmys, television’s version of the Oscars, is: will Jon Hamm of Mad Men finally win on his eighth try for his work as troubled ad man Don Draper? Though the wildly popular AMC series about the sex- and booze-fueled world of 1960s Madison Avenue has won the coveted outstanding drama trophy four times, its leading man has come up empty every year.

Awards pundits say it would be a slap in the face if Hamm is once again overlooked. “I think this is the year for Jon Hamm,” predicted Debra Birnbaum, executive editor of television at Variety. “Certainly he is the sentimental favorite going into Emmy night,” she told AFP. “Everyone loves a story like that and it would be great to see him get the Emmy he so richly deserves for creating such a fantastic iconic character.”

Birnbaum said despite the fierce competition, Mad Men may win again if only to ensure it goes out in style. “It’s its last time to get nominated and as we saw last year, ‘Breaking Bad’ swept the Emmys because it was a fantastic show and it was its last chance to get nominated,” she said.

In the lead actress in a drama category, a black actress could win for the first time. Two of the six nominees are African-Americans: Viola Davis for ABC’s How to Get Away with Murder and Taraji P. Henson for Fox’s music melodrama Empire.

“Most of the experts are picking Viola, but Taraji is certainly in the hunt and we will see an overdue milestone happen in that category,” O’Neil said.

Henson told Entertainment Weekly that she was praying for a win for either Davis or herself at Sunday’s ceremony, to be hosted by comedian Andy Samberg. “Here we are in 2015, and we’re still saying things like ‘First African-American,’ ‘First woman this’,” Henson said. “I just pray to God… and it’s not even about me. I hope Viola wins. I hope I win. Just so we can get past this and we don’t have to say in 2020 or 2030 or 3000, ‘The first.’”

ABC’s Modern Family has won the prize for best comedy series five years in a row. A sixth win on Sunday would set a record. But many are predicting new winners in the comedy categories, and perhaps even a big Emmy win for online retail giant Amazon and its Transparent, about a family patriarch who comes out as transgender.

“Actor Jeffrey Tambor of Transparent delivered a fantastic performance as a transgender woman and really sparked the national conversation long before the name Caitlyn Jenner, so I think he is certainly considered a walk to win in the comedy actor race,” Birnbaum said. Tambor won a Golden Globe earlier this year for his performance.

Some are also tipping HBO’s Veep—a political satire about a female vice president (Julia Louis-Dreyfus) who surprisingly becomes head of state—to ride the buzz of the 2016 White House race and dethrone Modern Family. “Veep has been a tremendous hit for HBO and considering that we are going into an election season, everyone is talking about political issues right now,” Birnbaum said.