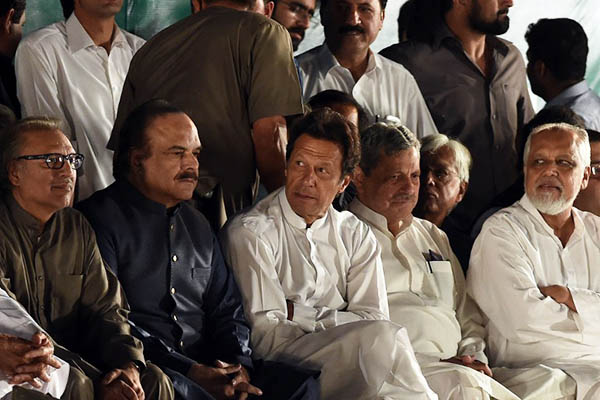 Isolationism is not in the national interest.

In an interview to a Russian TV channel on Wednesday, opposition leader Imran Khan repeated his condemnation of Pakistani rulers who let the U.S. attack innocent Pakistanis through CIA drones. He also lambasted those who fought “America’s war” after 9/11 to damage their own country. He announced as his credo never to accept defeat in politics.

Unfortunately, Pakistan has been subject to this kind of handwringing right from the start when it shunned nonalignment and joined the Cold War on America’s side. It prospered despite wars with India because it had joined the right camp, as was proved by the fall of the Soviet Union and the post-Communism rise of China. As for the idea of defeat, it has been historically proven as more instructive for self-correction than victory.

The post-9/11 war was entered on the basis of a Chapter Seven U.N. Security Council resolution, which China didn’t veto. The real war we shouldn’t have fought was before 9/11 when we messed up the “Mujahideen option” and backed a draconian Taliban rule in Afghanistan for a decade. We also bred our “nonstate actors” in this war, offended our neighbors, including Iran, and took on India.

There is enough proof that drones were favored by our direct and indirect rulers who were not civilians. But had the drones not done the job, we couldn’t have eliminated such dangerous Pakistani terrorists as Baitullah Mehsud, Hakimullah Mehsud, Ilyas Kashmiri and Adnan Rashid, to name but a few who killed our soldiers without remorse and came dangerously close to our nuclear installations.

Honor doesn’t support a realistic worldview and goes against the principle of flexible strategy favored by successful nations. Honor gives fewer options and contains an element of pride, which the Greek tragic theater popularized as “hubris.” Sadly, political hubris often manifested as anti-Americanism, but isolationist in essence, resonates with the masses but later fails to create the kind of utopia pledged by the leader.