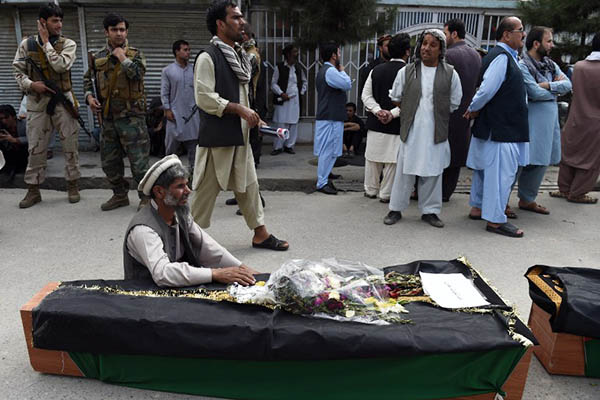 Members of Tajik minority face off against Uzbek community in Kabul over demands for change of reburial site.

Clashes erupted in the Afghan capital on Thursday as supporters of an ancient monarch derided as a “bandit king” sought to rebury his remains, laying bare the country’s deep-rooted ethnic divisions.

Hundreds of people from King Habibullah Kalakani’s ethnic Tajik minority faced off with loyalists of former warlord General Abdul Rashid Dostum’s Uzbek community, some of them armed, who are demanding a change of his reburial site.

Gunshots were fired as pallbearers carrying the remains of Kalakani and his comrades approached the site, leaving at least three people wounded, an AFP photographer at the scene said.

In 1929 Kalakani toppled Amanullah Khan, a reformist king credited for a successful war against Britain and his efforts to modernize Afghanistan, but he was executed less than a year later by a Pashtun king. For almost nine decades his remains were kept in an unmarked spot below a hilltop mausoleum of the country’s ethnic Pashtun dynasty.

His Tajik supporters, who lionize him as a Robin Hood figure, have sought to rebury him in a more respectful setting on another Kabul hilltop known as Shahrara, which is revered by loyalists of Dostum, currently the country’s first vice president. They have demanded that the Tajik monarch be reburied elsewhere but his supporters have refused to back down.

“We will not leave this place unless we bury the bodies,” said Tajik supporter Ahmad Nawid.

Policemen fanned out around the hilltop as clashes erupted. The violence comes as war-ravaged Afghanistan struggles to rein in a nationwide Taliban insurgency.