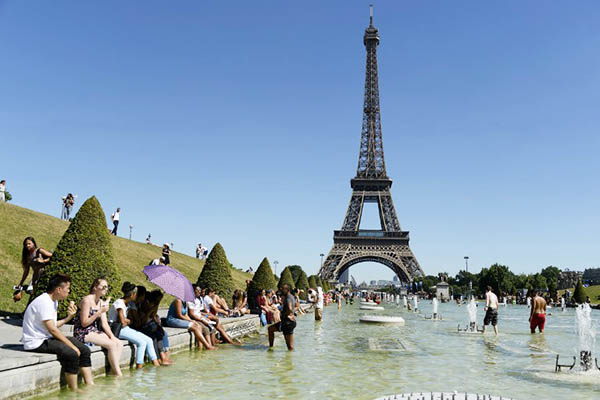 France’s already-battered tourism industry took a further hit in late July during what should have been the height of the season as foreign visitors stayed away after 84 people were killed in Nice on Bastille Day.

In the week following the July 14 attack on the Riviera city’s Promenade des Anglais boulevard, arrivals by air slumped 8.8 percent compared to the same period in 2015, according to data from ForwardKeys which daily sifts more than 14 million air travel transactions. The sector has been struggling for months, not least since the Nov. 13 attacks in and around Paris, which claimed 130 lives.

Between January and July 10 arrivals to France by air were down 5.8 percent, and down 11 percent to Paris. Flight reservations to France following the Nice attack were down 20 percent.

France is the world’s top tourist destination and the tourism sector accounts for around nine percent of GDP. France had hoped the Euro 2016 football championships would give tourism a shot in the arm—but has been disappointed.

He says a consolation is that “French clients seem to be staying firm,” even if Herve Becam, chairman of the main hoteliers’ union Umih, noted that overall “the trend is not good.”

The Cote d’Azur area around Nice, usually a major summer draw, saw hotel occupancy rates fall between five and 10 percent through to latest figures running to last week. And in Paris, Umih expects a fall of nearer 20 percent, hitting restaurants as well as hotels.

Other regions have also been hit, including Normandy, where a priest was killed by two jihadists last Tuesday.

Revenue per room for five-star Parisian establishments had been up nine percent before the Nice attacks, but by July 28 was 45 percent below the norm, says Umih’s Prestige offshoot, which adds that Chinese demand has been sorely affected.

“What is new is the disaffection of Chinese clients for Paris and France,” noted Umih Prestige, saying that some business congresses scheduled for the second half of the year had been cancelled.

Prior to Nice, July had been looking strong but “the July 14 attack brusquely pushed us down five percent,” says Alain de Mendonca, chairman of travel firm Karavel-Promovacances, adding that “people are afraid to go to the airport, to take a plane.”

Sector specialist Protourisme believes July hotel stay data will come in four percent down on last year. “But it could have been worse,” said Protourisme chairman Didier Arino, not least given that much of France suffered weeks of unseasonable weather going into July while Air France was hit by a strike at the start of Euro 2016—and is now in the midst of another one.

Neighboring Germany has also seen a spate of recent attacks but has not to date seen suffered a wave of cancellations, a spokeswoman for the German national tourist board told AFP on Friday. Asked about potential impact, she said “we’re in close contact with our representations abroad and we’ve been watching the reactions—immediately after the latest attacks there hasn’t been any sign of a reaction. There haven’t been any cancellations.”

May saw a three percent overall rise in hotel stays despite a two percent fall for foreign tourists, German statistical body Destatis reported. The tourist board blamed that on “different factors” including economic and political instability. “We were expecting growth to fall, independently of any attacks.”