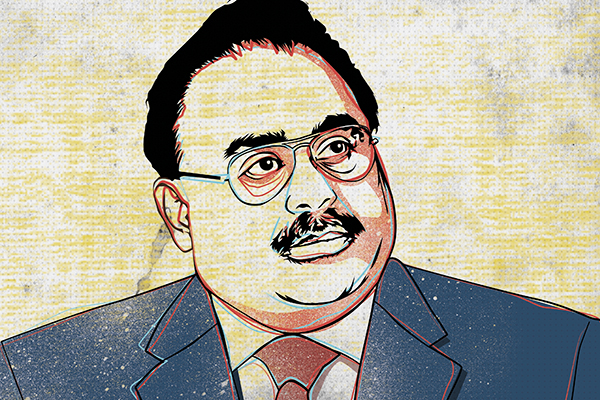 Police have registered a case under terrorism laws against Altaf Hussain, the leader the Muttahida Qaumi Movement, over a speech criticizing the military establishment.

The charges were filed late on Monday after Hussain, who lives in exile in London, delivered a speech on Sunday in which he accused government paramilitary forces of torturing and murdering his party workers. “Cases have been registered against MQM leader Altaf Hussain under section six of anti-terrorism act and other clauses of the Pakistan Penal Code,” said a spokesman of the provincial Sindh police.

Pakistan has broad anti-terrorism laws that can encompass a wide range of offences, which do not all have an obvious link to violence. The paramilitary Rangers have been carrying out an operation aimed at stopping the wave of political, religious, ethnic and criminal violence that has swamped Karachi in recent years.

The MQM, often accused by its critics of using extortion and murder to cement its power, has complained security forces have unfairly targeted its workers in a bid to curb its power. In his speech Hussain accused the Rangers of torturing MQM workers and dumping their mutilated bodies on roadsides and said bad elements in the Army had brought it into disrepute.

The speech also angered the government, with Interior Minister Chaudhry Nisar Ali Khan vowing to complain to the British government.

The Metropolitan Police are currently investigating the MQM over money laundering after a huge quantity of cash was reportedly found at party offices and Hussain’s home in London. As well as the money laundering case, British police are also probing the murder of MQM politician Imran Farooq in London in 2010.

Hussain controls the party from London, where he has lived in self-imposed exile since leaving Pakistan in the early 1990s, and now has British citizenship. A BBC report last month said MQM members had told British police the party had received money and military training from Pakistan’s rival India. The party vehemently denied the allegations.