Terror Casualties in Pakistan Up 20 Percent in 2013 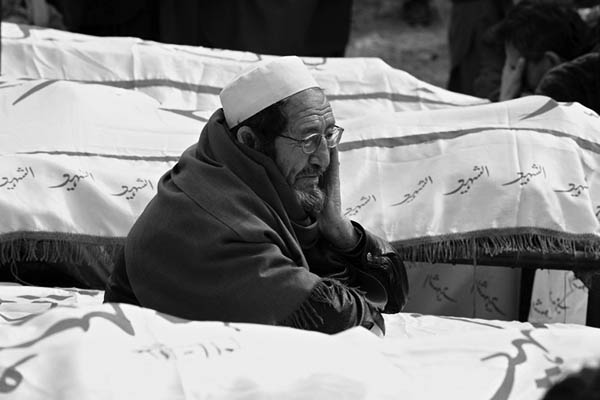 Militant attacks in Pakistan killed nearly 2,500 people in 2013, up 20 percent from the year before, according to a think-tank that said the government’s “appeasement approach” had allowed the Taliban to make a comeback.

The uptick ended a three-year fall in casualties that began in 2010, as insurgents carried out scores of attacks in the run-up to the May 2013 general elections and sustained the level of violence until the end of the year. A total of 2,451 people were killed in acts of terror, said the annual security report from the Pak Institute for Peace Studies (PIPS), up from 2,050 in 2012.

PIPS director Muhammad Amir Rana said the government of Prime Minister Nawaz Sharif, which won power in last year’s polls promising to restart dialogue with the Pakistani Taliban, had taken a softer line on militancy. “There was a major focus on talks which has created ambiguity on part of law enforcement agencies,” he said, adding the same was true of cricketer-turned-politician Imran Khan’s party, which won power in the worst-hit province, Khyber-Pakhtunkhwa.

In the general elections, Rana said, militants targeted major secular parties but not Sharif’s Pakistan Muslim League-N. This gave Sharif’s subsequent government confidence it would not be targeted, he said. “They tried to expand the appeasement approach on the federal level,” he added.

The government has not yet been able to bring Pakistani Taliban leaders to the negotiating table, with the militant group taking a harder stance following the killing of their leader Hakimullah Mehsud by a U.S. drone strike in November.

Sectarian attacks, mainly between the country’s Sunni majority and Shia minority, saw a 22 percent rise in fatalities to 687. But casualty levels dropped 33 percent in the country’s lawless tribal districts, which border Afghanistan, according to the report, with Rana crediting U.S. drone strikes on key militant targets for the fall.

The report made several recommendations including the formation of a national security policy and strengthening the criminal justice system. But Rana said he was not optimistic in the short term. “The government’s whole focus is on the peace talks—they still believe they can deliver on that front and this will help reduce overall insecurity. We do not believe this is the case,” he said.

PIPS, an independent think tank, compiled the data for the report from officials and media reports.