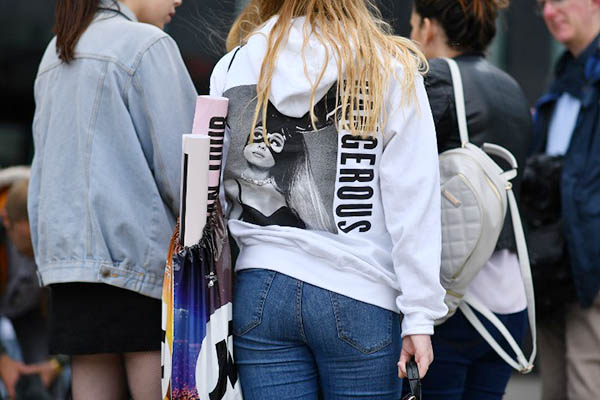 At least 22 people, including children, died in a suicide bombing at a pop concert packed with teens in the British city of Manchester late Monday. Here is what we know so far about the terror attack, the deadliest in Britain since 2005.

Police said they were called at 10:33 p.m. to reports of an explosion at Manchester Arena during a concert by pop star Ariana Grande, who is popular with teenagers and pre-teens. According to police, the blast occurred “within the foyer area of the stadium,” although the venue said it was in a public area outside. Prime Minister Theresa May said it was near one of the arena exits.

The arena foyer connects the 21,000-capacity auditorium with Victoria train and tram station, a major transport hub on the northern edge of the city center. It remained closed on Tuesday lunchtime. Witnesses described a “huge bomb-like bang” and scenes of panic as young fans rushed out and parents waiting outside searched frantically for their children.

Who is behind it?

Authorities are treating the attack as a terrorist incident. Police chief Ian Hopkins had said earlier that a sole attacker had set off an “improvised explosive device” and died in the process.

British police on Tuesday named the suspected attacker behind the Manchester concert bombing as Salman Abedi, but declined to give any further details. The 22-year-old “has not yet been formally identified and I wouldn’t wish, therefore, to comment further,” said Chief Constable Ian Hopkins of the Greater Manchester Police force. “The priority remains to establish whether he was acting alone or as part of a network,” he added.

The so-called Islamic State group claimed responsibility on Tuesday through its social media channels, saying “one of the caliphate’s soldiers placed bombs among the crowds.”

May said earlier that police know the attacker’s identity but would not yet confirm it publicly, adding: “They now need to know whether he was acting alone or as part of a wider group.” Manchester police later announced the arrest of a 23-year-old man in the south of the city, saying only that it was connected to the investigation into the attack.

The bombing is the latest in a string of attacks that have hit Europe in recent years, several claimed by the Islamic State group. Britain’s threat level remains at “severe,” meaning an attack is highly likely, but this will remain under review, May said.

Who are the victims?

At least 22 people were killed and 59 injured, including “many children and young people,” May said. Georgina Callander, 18, was the first victim to be named after her school, the Runshaw College Sixth Form Center in Lancashire, confirmed the news on its Facebook Page. “It is with enormous sadness that it appears that one of the people who lost their lives in Monday’s Manchester attack was one of our students here,” it said, adding that she was studying health and social care.

The prime minister condemned the attack for its “appalling sickening cowardice” and for “deliberately targeting innocent defenseless children and young people.”

Other attacks in the U.K.

The incident is Britain’s second terror attack in less than two months. On March 22, five people were killed and more than 50 injured when a man drove into pedestrians on Westminster Bridge in central London, before crashing into the fence surrounding parliament.

The attacker, 52-year-old Khalid Masood, fatally stabbed a police officer before being shot dead by police outside the Houses of Parliament. Investigators described it as “Islamist-related terrorism” but said they may never know why he did it and have not charged anyone else in relation to the incident.

It is very hard to believe that the killer was not spotted as potentially dangerous by those in contact with him over the last several months. These people who kept their mouths shut about him share a burden of guilt in not trying to prevent such brutal murders of innocent children.