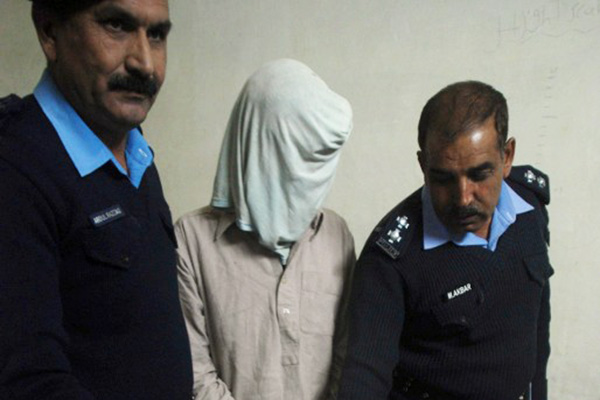 Resident of South Waziristan was caught with explosives and detonators near Aabpara Market.

Police on Monday arrested a suspected militant in Islamabad and seized suicide bomb-making material to be used in a possible terror strike in the city, officials said.

“We have arrested a suspect from near Aabpara Market,” said a police official. “The man belongs to South Waziristan and he was carrying two hand grenades, detonators, a switch used in suicide jackets, batteries, wires and explosives,” the official added on condition of anonymity.

Islamabad’s Aabpara Market is a busy marketplace close to the sensitive Red Zone, which houses key government buildings and embassies. According to the initial investigation the suspect was due to meet another man in the capital to assemble a suicide bombing jacket and carry out a terrorist attack, the official added. Police were hunting the other suspects in the plot, he said.

Another police official confirmed the arrest.

Pakistan has been battling Islamist groups in the northwest and its semi-autonomous tribal belt since 2004, after its Army entered the tribal region to search for Al Qaeda fighters who had fled across the border following the U.S.-led invasion of Afghanistan. In June the Army began a major offensive against militant hideouts in North Waziristan, a stronghold for the Tehreek-e-Taliban Pakistan.