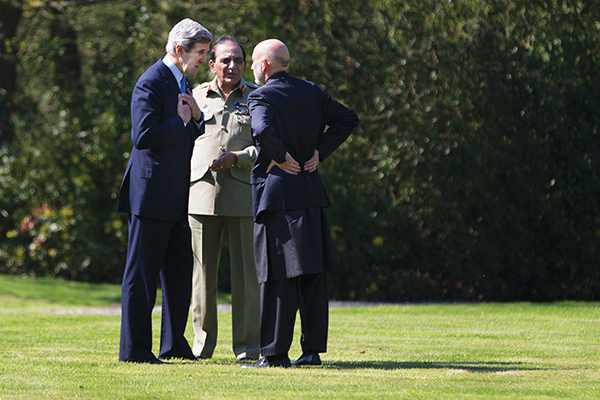 After two Pakistani soldiers and one Afghan guard were killed in another round of cross-border exchange of fire, on May 2, Islamabad and Kabul accused each other of undermining the peace that is a prerequisite for the timely and bloodless withdrawal of U.S.-led NATO troops from Afghanistan. “This is not the first time that heavy fire was initiated from the Afghan side, causing heavy injuries and damage to Pakistani structures,” said the foreign ministry in Islamabad. Over in Afghanistan, hundreds came out at the funeral of the killed policeman, and shouted angry words against Pakistan. The latest tensions flared about a week after Pakistan’s Army chief, Gen. Ashfaq Kayani, met with U.S. Secretary of State John Kerry and Afghanistan’s President Hamid Karzai in Brussels. Kerry had wisely downplayed that meeting, saying all sides had “some very specific homework to do.” Managing the withdrawal of U.S. troops from the region, and the vacuum it leaves behind, will be a tough test for both Pakistan and Afghanistan.