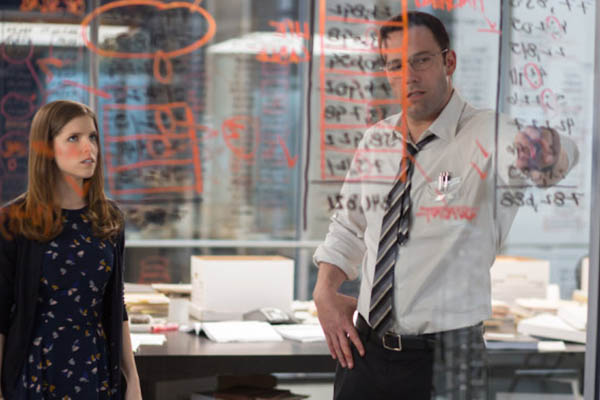 Financial thriller The Accountant booked $24.7 million in ticket receipts on its opening weekend to score number one at the North American box office, industry data showed on Monday.

The Warner Bros. film centers on an autistic mathematics savant who capitalizes on his fondness for numbers by becoming an undercover forensic accountant for criminal organizations. Starring Ben Affleck and Anna Kendrick, the film opened to mixed reviews but yielded more than forecasters expected.

Psychological thriller The Girl on the Train, starring Emily Blunt as a depressed, alcoholic divorcee who witnesses something odd as she rides a commuter train, dropped down one place on its second weekend with $12.2 million. It narrowly edged stand-up comedy film Kevin Hart: What Now? which had to settle for third place with $11.8 million, according to box office monitor Exhibitor Relations.

Rounding out the top 10 films were:

Middle School: The Worst Years of My Life ($4.3 million)