Home Lightbox The Army Hits Back

The Army Hits Back 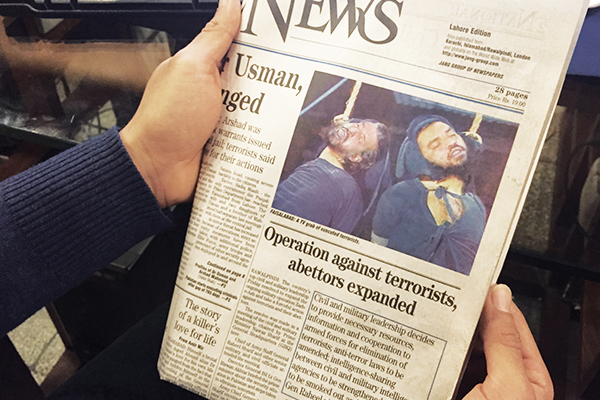 Already engaged in a full-scale military operation in northwest Pakistan, the Armed Forces hit back even harder against terrorists of all stripes following the attack on the children of retired and serving military personnel at Peshawar’s Army Public School. It also kept shtum about U.S. drone strikes, asked Kabul to “do more,” urged Pakistan’s politicians onside, and had the moratorium on capital punishment for terror convicts lifted. Between Dec. 16 and Dec. 25, Pakistan’s military had killed 228 alleged terrorists—including a key planner of the Peshawar assault—and arrested some 700 from across the country. Drone strikes on both sides of the Pakistan-Afghanistan border helped kill another 18 suspected militants. At least six terror convicts were also executed—one for complicity in the GHQ attack; five for attempting to assassinate former Army chief Pervez Musharraf. Pakistanis have long refused to own the fight against terror that has ravaged this land. With Peshawar, we finally make peace with the fact that we remain at war.

Not pleased to see the pictures, but pleased, dogs reached hell.