The Art of Killing 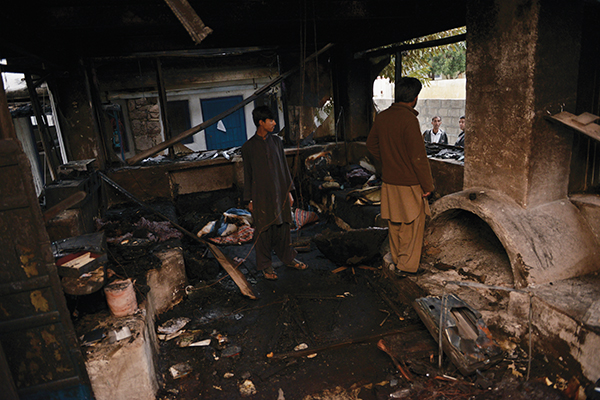 On March 8, some eight men broke into the Art of Living center in Islamabad, beat and tied up two guards, and set the place on fire. This was the direct result of a vile talk show on right-lurching Dunya TV some days earlier that depicted the yoga place, licensed from Indian guru Sri Sri Ravi Shankar, as a national-security threat. That show, hosted by the hopelessly mendacious Arshad Sharif, singled out Art of Living as one of several NGOs operating in Pakistan with an “anti-state agenda.” To plug his show, the bilious Sharif had tweeted: “Wud [sic] expose the big scam about this shaby [sic] organization #Artofliving headed by a clown Ravi Shankar and his chelas [sycophants] in #Pakistan soon.” The only scam he ended up exposing was his own career as a journalist.