Home Last Word The Art of the Matter

The Art of the Matter 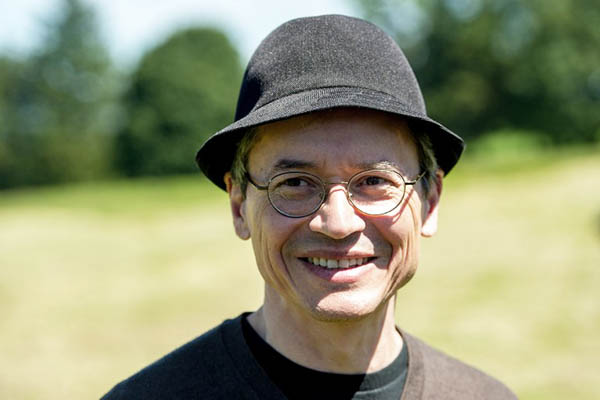 From 1993’s Palestine: A Nation Occupied to last year’s Bumf Vol. 1: I Buggered the Kaiser, Maltese-American cartoonist Joe Sacco has published 13 solo books of his unique meld of reportage and graphic art. Sacco, 54, was a much-mobbed delegate at the third annual edition of the Lahore Literary Festival (LLF), which concluded on Feb. 22. We caught up with the journalist-artist to discuss his work, Pakistan, and more. Excerpts:

Your most recent work, the humorous Bumf, appears to be a departure from the type of work you’re famous for. What led to its creation?

I started working on it while I was working on [2009’s] Footnotes in Gaza because I needed to do something funny. The first pages come from a long time ago—seven, eight years earlier—but most of it was done very quickly at the end. I just needed to get away from things; I wanted to remind myself why I enjoyed drawing.

How did you get into drawing?

For the laughs, basically, but my work’s become more and more serious; and that’s good. It’s a natural progression.

In 2012, you published Days of Destruction, Days of Revolt in collaboration with journalist Chris Hedges. How was that experience?

I’ve known Chris for a long time. Because he’s so good, just to watch how he conducts interviews is a learning experience. [The book also allowed me] to see some parts of my country which I didn’t really know and realized that there’s a lot about America that’s really, unfortunately, rotting.

Given the focus of your work on contemporary conflicts, The Great War: July 1, 1916: The First Day of the Battle of the Somme (2013) was another departure for you. How did this come about?

The editor [Matt Weiland], who is a friend of mine, called me and said we had talked about doing a book like this 15 years ago. I’d forgotten about that discussion. When we spoke, I thought, ‘No, it’s not something I want to do.’ But I’ve spent so much time, especially when I was younger, reading about the World War I that it’s sort of inhabited my consciousness. So I thought maybe this is the time to revisit that and come to terms with why I was so interested in it. It also appealed to me because it was going to be an illustration.

The decision to present the book as a single panoramic image was fascinating.

It gave me, creatively, a unique opportunity. When you’re a creative person, your brain needs to work in different ways. You might be known for something and rewarded for something, but if you keep going down that road, you’re not really learning anything yourself.

You’ve expressed interest in working on the history of ancient civilizations, including Mesopotamia. Can we expect books on those soon?

Those books are kind of far off. The Mesopotamia book will involve a lot of interviews with archaeologists. I’ve done maybe 12 to 14 interviews. I’m reading a lot to get enough information in my head to ask intelligent questions. The story also encompasses different countries and I want to speak to people in person and visit some of the places. I actually had a ticket to Kurdistan but then Daish [Islamic State] attacked and the archaeologists that were going to be there couldn’t get the insurance to go, so that fell through. [Mesopotamia] is a very long-term project; I can even finish it in my 60s rather than getting it done now.

When you started out, you were an outlier who became successful against all odds. Comics are now the new mainstream. How does that feel?

It’s kind of boggling. You go from doing something that you want to do but don’t know if you can ever make money off to ‘Oh, I can actually make a living doing this.’ In the end, an artist has to get paid. You could do art without getting paid, but you can’t spend your life doing art without getting paid. It’s very possible to do something creative and not make much money. But to continue doing it… that’s hard. When you’re 20, you can sleep on the floor. But when you’re 40, you’d rather have a bed. Somehow it has to work. I’m pleased—sometimes surprised—it’s worked. What interests me is how it’s become this industry: there are more comic-focused festivals, academics are writing about it, and there are even classes in colleges on it.

You’re based in Portland, which has produced several acclaimed cartoonists in recent years. Do you ever meet the ‘new kids’?

The only cartoonist I really hang out with, as a friend, is [Blankets creator] Craig Thompson—he’s such a great artist. But I don’t really hang out with this community because I’m kind of old. I don’t think they’d welcome me. I’ve had people come up to me and more or less say, ‘Oh, hey, you’re the old crowd.’ They’re the new people, which is how it should be. In the end, they have to have their own thing. They don’t need some mentor hanging over their shoulder.

Do you have any work optioned for film?

Footnotes in Gaza has been optioned. My relationship to the movie is limited because I know, from friends, the movie industry will suck you in and you’ll spend years banging your head against the wall. So I would rather someone else did that stuff. I’m there more as a consultant and to talk things over with people. But I’m not doing the script or any of the animation. It’s being done by a French production company.

How is it being in Pakistan?

It feels great. When you tell people where you’re going, they always go ‘Are you sure? You have to be careful.’ It’s a shame when a country that’s so big is just pigeonholed because of certain dangerous elements that are actually more the problems of Pakistan than they are the problems of me living in Oregon. Plus, I’m in Lahore. I would say it is relatively very safe and I’m glad to come here. At a literary festival, you meet the brightest people, the ones that are fully engaged. And it is lovely to see so many Indian writers and Pakistani writers just mixing in a way that they seem like siblings. I know that’s not the case everywhere, but with writers their nationality is the arts. The passport is something that’s just impressed upon you.

What’s your experience of Lahore been like and how have your Pakistani fans treated you?

It was really lovely to go to the Old City; it’s just so full of life. It’s good to have a good impression of Pakistan knowing full well that it’s a country that has great problems and is going through a troubled time right now. And I’m actually surprised people here even knew my work. That’s very flattering. Truthfully, I would rather come to festivals and meet people in the so-called ‘Global South’ because I think that’s where there are a lot of people who don’t have avenues for their own creative work. When they meet you, maybe it gives them some push to start something. I would love to see the comics’ scene here.

What’s coming up next from Joe Sacco?

I’m doing a story about India right now, about the [Hindu-Muslim] riots that took place in Uttar Pradesh in 2013—not so much to make a big story about the riot, but because it’s one that we don’t know much about in the West and which no one really cares about, frankly. I’m focusing on the psychological aspects, on why these things happen. I’m also going to Canada, to the Northwest Territories, to do a story about indigenous tribes up the Mackenzie River and resource extraction.