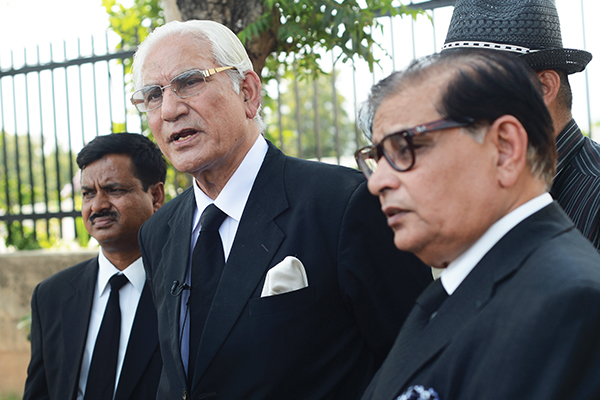 Pervez Musharraf is set to face trial for imposing a state of emergency in 2007. If convicted, the former president and Army chief risks capital punishment. He “will have to be held accountable for his actions,” Prime Minister Sharif told Parliament. The former military ruler came to power in 1999 after ousting Sharif’s last government. But charges for that original-sin coup are unlikely to be framed because it would implicate “at least 500 people,” according to Musharraf’s lawyer (pictured). As it is, several politicians (some of them now in Sharif’s camp), bureaucrats, judges, and Army officers could be tried alongside Musharraf for the 2007 emergency. Political parties, including the PPP, were quick to join the chorus and assured Sharif of their support. But since Sharif’s government announced that an old anti-graft case against PPP leader President Zardari would be revived, the party’s ardor to aid Sharif has cooled. Meanwhile, the MQM—which is facing multiple crises of its own that the ruling PMLN appears to be relishing—has criticized the proposed action against Musharraf as person-specific. Analysts suggest that the move against Musharraf, which could provoke the Army, is meant to divert attention from meatier and less easily fixed problems. When Musharraf’s sensational trial starts, the PMLN may just find that it has to hunt for other distractions.