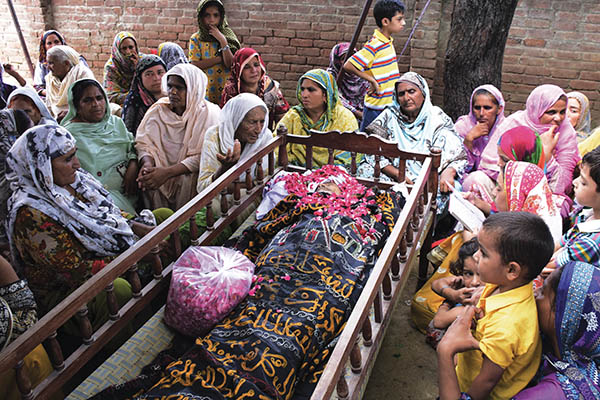 Sartaj Aziz, the prime minister’s adviser on foreign affairs, is scheduled to visit New Delhi on Aug. 23. Making the announcement in Islamabad, Aziz cautioned his countrymen against harboring any high hopes. That was stating the obvious. The election of Nawaz Sharif in Pakistan and Narendra Modi in India had relit the prospect for normal, neighborly relations between both countries. Despite the seemingly personal warmth between the prime ministers and their publicly expressed desire to grow trading ties, things have been going steadily south since Modi’s inauguration last year. Cross-border clashes between security forces are continuing, and the latest of these have killed six civilians and wounded dozens on both sides. Going by the fervid cable news coverage in both countries of these skirmishes, the Aziz visit is more of a peace mission than an opportunity for, in Aziz’s words, “ice breaking.”