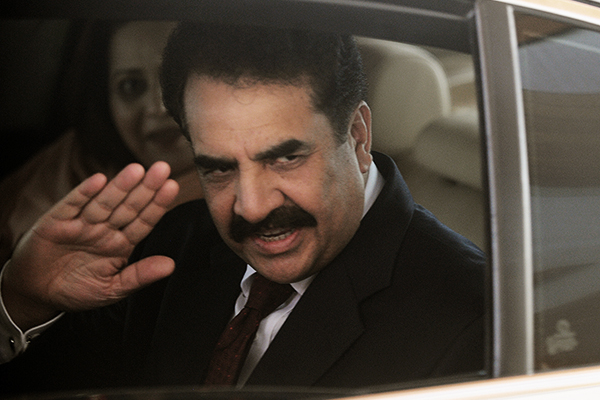 Chess and advertising, Raymond Chandler said, both involve false perceptions about one’s own importance and intelligence. Pakistan’s political chessboard attests to this. So how exactly are the major players playing and hawking the game?

The Army leadership is in hyper drive, and the civilian leadership appears disinterested. There’s been an incremental shifting of power from the civilian, elected governments—federal and provincial—to the General Headquarters, Rawalpindi: Gen. Raheel Sharif is the Chief of Army Staff, foreign minister, and interior minister all rolled into one. There’s been a renewed acceptance of GHQ as the final arbiter, both by politicians and the public. In essence, there’s been a soft coup—bloodless and consensual. The de facto governance structure is now a civil-military hybrid. To be certain, the gap between de facto and de jure governance is growing wider by the month. Is this gap sustainable in the medium- to long-term?

With the ruling party, Pakistan Muslim League (Nawaz), there’s been an incremental abdication of authority and responsibility. PMLN’s current strategy is premised on four pillars. One: keep GHQ’s guns engaged in Sindh (away from the Punjab). Two: maintain monopoly over all the collateral benefits of megaprojects. Three: avoid direct confrontation with GHQ. Four: delay and derail the entire GHQ-sponsored “agenda.” The sharp drop in oil prices has been a godsend and saved the PMLN from a serious economic debacle. But the power sector will determine the party’s political future—and the economics of this sector are deteriorating by the day: the receivables side of the circular debt that stood at Rs. 414 billion in 2013 has shot up to a colossal Rs. 606 billion. On top of that, the export-import gap is widening by the month and large-scale manufacturing is losing steam fast.

The opposition Pakistan Peoples Party has changed tactics but not strategy. The PPP is moving away from direct confrontation with GHQ toward adopting PMLN’s delay-and-derail ploy. The PPP’s new tactical package has three pillars. One: chaperoning Bilawal (a new pawn in Zardari’s arsenal) to the center-forward position and Zardari to fullback. Two: reshuffling the political deck to prepare for the local-government elections. And three: reshuffling the bureaucratic deck to appease GHQ, as part of the delay-and-derail stratagem. Zardari has done to the PPP in less than five years what GHQ could not in 35. In 1977, the PPP bagged 60 percent of the popular vote. In 2013, it managed a meager 15 percent. PPP is now a Sukkur-to-Thattha party, with a total of 40 National Assembly seats in this stretch.

GHQ has disrupted, but not dismantled, Muttahida Qaumi Movement’s Sector Commander-led administrative infrastructure (Altaf Husain, the self-exiled party chief, can now no longer shut down Karachi at an hour’s notice). But MQM’s 2.5-million-strong, urban vote bank in Sindh seems largely intact. Apparently, the gap between the power brokers of its Karachi organization and its London-based leadership is growing wider after every speech from the top pulpit. The MQM seems to have blundered into a direct confrontation with GHQ. The Karachi-based leadership is desperate to change tack, but is this too little, too late?

Imran Khan’s Pakistan Tehreek-e-Insaf continues to call Parliament “illegitimate.” Why then is it still part of it? The party’s top decision-making hierarchy has made some serious errors of judgment—and insists on sticking to the same path. The party needs to come out of its politics of denial and negativity. Asad Umar’s belief that if a court fails to convict a murderer, the accused is still a criminal is in essence an argument in support of anarchy.

Truly, “chess is as elaborate a waste of human intelligence as you can find outside an advertising agency.”

THE OUT LINE PICTURE OF THE PRESENT SCENARIO IS ATTRACTIVE NEEDS MORE RESEARCH WORK INCLUDING RELIGIOUS PARTIES AND THE 4TH NEW PILLAR THE MEDIA CONTROL & OWNERSHIP IN PAKISTAN.