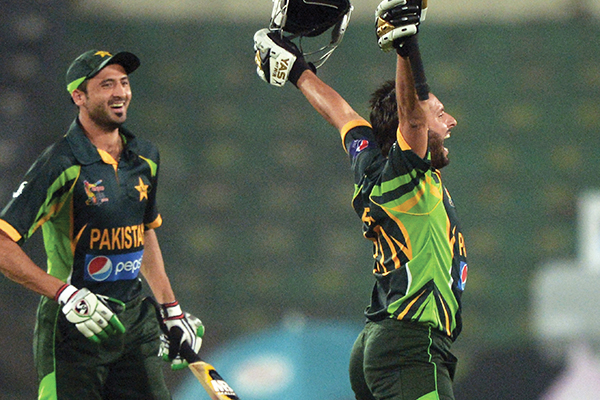 Pakistan chased down its highest-ever target of 327 runs in a One Day match on March 4, defeating Bangladesh and securing a place in the Asia Cup final against Sri Lanka on March 8. Opener Ahmed Shehzad scored 103 runs, helping Pakistan reach its target, but it was Shahid Afridi and his 50 off just 18 balls—the second fastest half-century in One Day history—that sealed the match with just three wickets remaining. This marked Afridi’s second time defying expectations during the Asia Cup after he emerged as Pakistan’s not-so-secret weapon just two days earlier in a match against India. In a nail-biting last over, with nine runs needed off four balls, and one wicket remaining, Afridi hit two consecutive sixes, handing Pakistan a thrilling victory. After leading the dramatic comebacks against both India and Bangladesh, can Afridi deliver a third time, in the final?