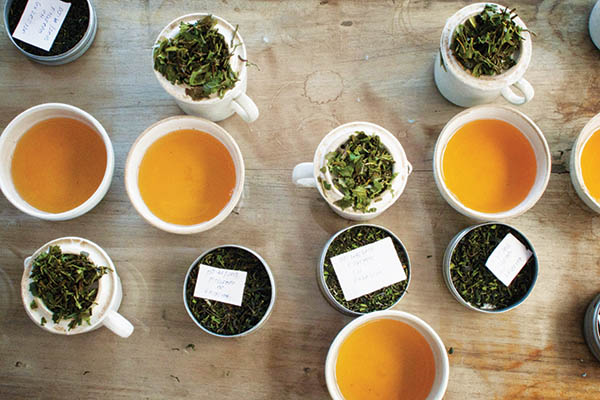 His most recent work, Darjeeling: A History of the World’s Greatest Tea, won the 2016 International Association of Culinary Professionals (IACP) award for Literary Food Writing. It also won the 2016 Gourmand Wine and Drinks award for a book on tea. His sixth book, Where the Wild Coffee Grows: The Untold History of Coffee from the Cloud Forests of Ethiopia to Your Cup, comes out this November. Jeff Koehler—writer (his work has appeared in Saveur, Food & Wine, Gourmet, Fine Cooking, Washington Post, The Los Angeles Times, and on the National Geographic website), photographer, cook, and traveler—will be speaking at the fifth local edition of the Lahore Literary Festival (LLF). We spoke with him recently about all things food. Excerpts:

What is the role of food in your life?

Twenty years ago I settled in Barcelona and quickly learned that the Catalans celebrate the soul through their stomach. Food simply infuses every element of life. I particularly delight in the city’s vast food markets—the cathedrals of this culinary faith—and go nearly every morning.

And food while you travel?

Arriving in a new place, one of the first things we do is eat. Our experience with a new city or culture, our first impressions, begins there—with food. Many years ago I spent two months in Pakistan. I arrived in Karachi at dawn from Sana’a. The first thing I did was find a bustling dhaba and order chai and hot paratha. That memory remains.

There is an art in travel. It sounds like you approach it through eating.

And drinking! I spend a lot of time in crowded cafés. From the beginning of my travels, I found that sitting in spots like that Karachi dhaba offered more than food or drink. After five or 10 minutes, a touch longer some places, a few times on a second or third visit, the novelty—or suspicion—of my presence would fade. I could observe freely. But also I would become more relaxed, more open. It was then the interaction with the other patrons would begin—talking, hearing their stories. That contact, I realized, was the true purpose of why I traveled.

How and when did you develop your passion for travel?

My first memories are watching slides of my grandparents’ trips. My grandfather retired in his 40s and they lit out on the road. They were gone some 10 months a year, traveling slowly, frugally, around the globe with just a single small suitcase between them. Each trip would be followed by a slideshow.

When did you start traveling?

I traveled around Europe the summer after high school, and did a semester abroad in university. But I really began after I graduated. I set out to spend a year going overland from London to Cape Town. I didn’t make Cape Town. And that one year turned into four years in Africa and Asia—meandering on shoestring travels funded by working a few summers in Alaska as a tour-bus driver and guide—before I settled in London to do postgraduate work.

How did you end up in Spain?

In London I shared a residence hall kitchen in Hampstead with a woman from Barcelona. She was doing an M.Sc. in organic chemistry. When she went back home to do her Ph.D., I followed. And stayed. That was 1996. We got married soon after. I’m still here.

Is that when your career in food writing began?

In a way. I studied drama at King’s College, London, and the Royal Academy of Dramatic Art. During the four years of my wife’s Ph.D., I worked as a playwright. But I just wasn’t very good. I would get comments from directors saying, “The best part of the play is the stage instructions.” One told me, “Clearly it is the process of writing you enjoy. Perhaps there is another medium that would better suit you.” He was right. So when my wife was offered a postdoctoral position in the U.S., I packed away all my scripts and began freelancing for magazines and newspapers. I was 30 and starting from scratch. I knew no one in the industry. “Half a writer’s work,” V. S. Naipaul once observed, “is the discovery of his subject.” And—I would add—the medium in which to tell it. By the time we moved back to Barcelona three years later, I had found my way of telling stories. From the beginning I saw that I could use food as a way to write about places and people and even events. Food was my way in, my access point. A series of cookbooks followed. Every recipe has its roots in a place, in a tradition, in a house… and telling the story of that recipe in its headnote is just as important as the recipe itself. Certainly, discovering those stories was most pleasing part of the work.

How did that lead to Darjeeling?

After publishing four cookbooks in seven years, I needed a change. I wanted to do a narrative nonfiction book. It was a big shift, with new writing challenges. In some ways, though, Darjeeling is really just a 250-page headnote to preparing a perfect cup of tea.

For work, how do you approach food while traveling?

The great glutton and gourmand A. J. Liebling said, “The primary requisite for writing well about food is a good appetite.” I think more important is a curious appetite. Traveling was where I really began to discover food. For me, that was my classroom. For four years in Africa and Asia, I ate out every meal. I discovered flavors, foods I had no idea existed. I have continued to build on that since. 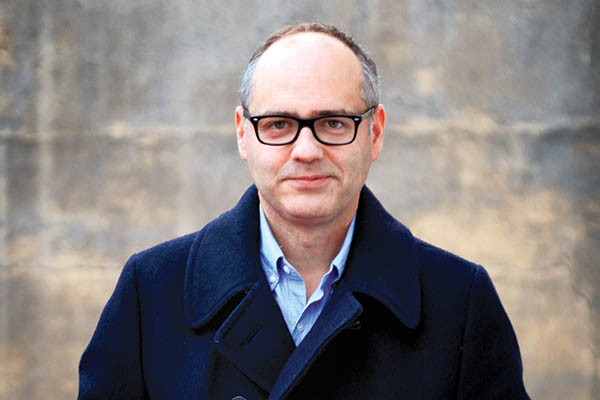 Do you also cook?

If the road is where I learned to eat, then Spain was where I learned to cook. I taught myself by watching others, namely my mother-in-law and the cook in a small bar inside La Boqueria market. Many mornings, before doing my shopping, I sat at his counter and watched and asked questions. Back home I tried to recapture those flavors. For me, cooking is a fundamental part of food writing.

Yves Saint Laurent once said that Morocco taught him about color. What did you learn from Morocco?

Hospitality. I travel there frequently and spend a lot of time in people’s kitchens. I am always amazed of their almost obligatory sense of treating a guest like a king—starting with being smothered with food and glasses of mint tea. And that is before we even begin to cook. But also the incredible attention placed on the presentation of food. “First we eat with our eyes,” goes a Moroccan expression. Such attention shows a respect for the skill—and effort—of the cook, for the products, and for the guests. But there is also the feeling of just pure visual pleasure. It comes, I think, from the long tradition of arabesques, in repeating and interlacing patterns used for decoration—on walls, carpets, covering zellij tile mosaics—and in the flowing forms in Arabic calligraphy.

You’ve traveled extensively for your six books. What was your favorite experience in putting together Darjeeling?

I spent a total of nearly two months in the Himalayan foothills between the beginning of the tea harvest in March and the last leaves being plucked in November. It was marvelous to experience the changes of the landscape and the fields—and taste the changes in the cup, too. I loved being on the tea gardens, especially in the morning when the freshly processed teas get lined up and tasted.

How is your tea book different from your upcoming coffee book?

Darjeeling is essentially about a plant that wasn’t from a certain place, was taken there, and found its perfect home. It is the story of how it got there, why it is there, why it did so well, the culture that grew up around it, and all of the problems that it is currently facing. Working on the book I thought a lot about origins, about certain crops in their original home—and even in their wild state. Wild Coffee, then, is the flipside. Its heart is in Ethiopia’s southwestern rainforests where people still forage for wild coffee.

What advice do you have for people aspiring for this profession?

I didn’t study journalism or creative writing. I didn’t even begin this type of writing until quite late. I was never a natural writer, and certainly not what they now call a foodie. When people that I knew from before I was, say, 30, hear what I do, or catch my byline in a magazine or newspaper, they generally say, with more than mild incredulity, “You write?” And then, a beat later, add: “About food?” We all find our path in a different way, and that is what, I think, makes each writer unique. That meandering journey informs us as writers, and we continually tap into the material we gained en route, even if indirectly. As a writer, you need to focus on what makes you unique, what you can uniquely bring to a story. Food is an excellent topic because we are all experts in our own culinary experiences. We all have something unique to share. Another is reading. When Nicholas Shakespeare was preparing his biography of Bruce Chatwin he was surprised at how much time the great traveler spent researching: Chatwin passed more time in libraries than on the road.

Of all the memorable food experiences you’ve had, what meal would you choose as your last supper?

First: a bold cup of spicy chai—with a few onion pakoras. It is the taste of chai that most reminds me of the road, the taste of the exotic and the unknown. But then a soupy rice. When I moved to Spain I was amazed at how a simple staple like rice could become a family glue—something that draws us together on a regular basis. Paella or a big pot of soupy rice with seafood are the dishes I most associate with long meals among family or friends.