The Corruption Scandals That Marked 2016 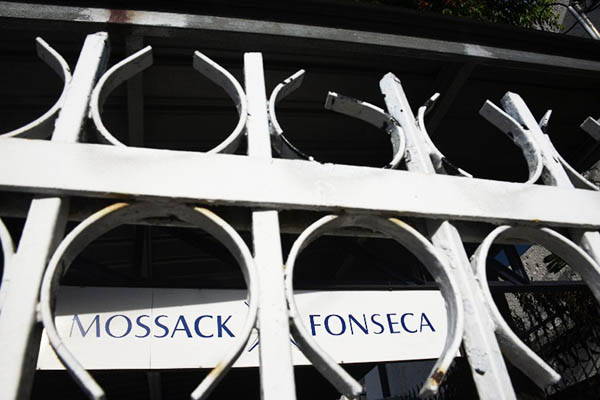 From Panama Papers to impeachments, the war on corruption hits the streets.

From the Panama Papers to the impeachments of the presidents of Brazil and South Korea, 2016 was a year marked by corruption scandals, and by rising public outrage over graft. The question is: will that translate into a lasting demand for cleaner politics?

“A new phenomenon” is being seen, said Jose Ugaz, a renowned Peruvian lawyer and the chairman of Transparency International, a Berlin-based anti-corruption watchdog, who expressed cautious optimism. “What we are facing today is very different to what we were facing 27 years ago,” when Transparency International was founded, he told AFP. “Around the world we are seeing this kind of corruption that affects the people—and we are seeing a mobilization of the people against it,” he said. “I think it has been a difficult year—but at the same time it gives hope for the future.”

The Panama Papers leak in April—an unprecedented data dump—triggered much of the outrage early in 2016. Offshore companies used by many of the world’s famous, wealthy or powerful, or kin or aides close to them, were exposed.

Among them were the leaders, or relatives of the leaders, of Saudi Arabia, China, Malaysia, Syria, Pakistan, Argentina and Ukraine.

Also implicated was a close friend of President Vladimir Putin, as well as current or former government officials in Europe, Africa, Asia and the Middle East—more than 140 politicians and public officials in all. The revelations forced Iceland’s prime minister to resign and embarrassed Britain’s then-prime minister David Cameron.

China, although in the midst of an anti-corruption drive that has netted more than a million officials, suppressed the Panama Papers information relating to Xi’s family in domestic media and online forums. That bolstered suspicions among observers that relatives of the Communist Party elite remained untouchable in the crackdown on graft. “There is a double standard,” said Willy Lam, professor of politics at the Chinese University of Hong Kong.

“The publication of the Panama Papers reminds us of the rapid expansion and power of transparency,” the head of the World Bank, Jim Yong Kim, told a London anti-corruption summit in May. He urged more transparency, stressing that “corruption is, quite simply, stealing from the poor.”

According to a recent estimate, between $1.5 trillion and $2 trillion is paid annually in bribes around the world. Research also suggests that, if a country’s leaders are believed to be corrupt, ordinary citizens trend toward that path too.

Some heads of state have certainly paid a price for perceived corruption in office.

In Brazil, president Dilma Rousseff was impeached in August, just days after the Rio Olympics, following big street protests fueled by the country’s deep recession. Much of the outrage stemmed from a huge bribery-and-kickbacks scandal involving the state oil company Petrobras.

Rousseff was not impeached on the Petrobras allegations but rather on unrelated charges of cooking the government books. But the Petrobras affair is wreaking havoc for her unpopular successor, Michel Temer. He has lost several ministers after they came under suspicion in the scandal and questions are emerging about whether he will be able to see through his term.

Impeachment also hit South Korea’s President Park Geun-hye this month. She faces a parliamentary inquiry into accusations of colluding with a longtime friend, Choi Soon-Sil, to strong-arm donations from large companies worth tens of millions of dollars for a couple of dubious foundations that Choi controlled and allegedly plundered. The scandal ignited weekly mass demonstrations, some of which drew crowds of more than a million people.

Other leaders, though, are batting away graft allegations that piling up against them.

One such official is Malaysian Prime Minister Najib Razak, whom the U.S. alleges embezzled with his family and associates billions of dollars from a sovereign wealth fund. Najib has shut down domestic investigations into the scandal, claiming a plot by enemies. But tens of thousands of protestors have held demonstrations demanding his resignation.

South Africa’s Jacob Zuma, nicknamed the “Teflon president” for his survival of multiple scandals, is also seeking to see his mandate through to 2019 with the backing of his ANC party, despite a court ruling he should face 783 counts of corruption. An official report has also implicated him in graft allegations involving a wealthy Indian family.