Home Latest News The Curious Case of the Nice Attacker

The Curious Case of the Nice Attacker 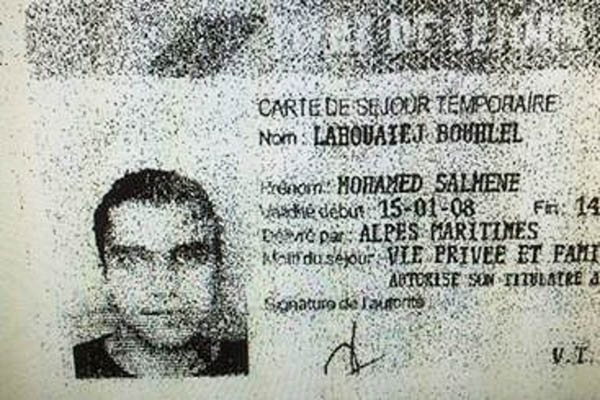 Mohamed Lahouaiej-Bouhlel was a body-building delinquent who became suddenly radicalized.

Mohamed Lahouaiej-Bouhlel was a petty criminal with a penchant for boozing, bodybuilding and trying to pick up women who showed no signs of radicalization until recently, according to neighbors and family.

The 31-year-old Tunisian father of three, who smashed a 19-ton lorry into a crowd of Bastille Day revelers killing 84 people, was known to the police for a series of fracas but never made it onto the radar of intelligence services. The Islamic State group, in claiming the attack Saturday, said he was a “soldier” who had responded to “calls to target nations of coalition states that are fighting [I.S.]”

Interior Minister Bernard Cazeneuve said the picture emerging during questioning of scores of friends and relatives was of someone who “seemed to have been radicalized very quickly.”

A police source told AFP that the information gleaned from acquaintances pointed to “a recent conversion to radical Islam” but that there had been no mention yet of any affiliation to I.S.

Lahouaiej-Bouhlel arrived in France from the northeastern Tunisian town of Msaken in 2005. He gained residency a year later, married a local woman of Tunisian origin, with whom he had his children, and went to work as a delivery driver. His father, who lost touch with his son years ago, told AFP he had shown no interest in religion as a youth.

“He didn’t pray, he didn’t fast, he drank alcohol,” said Mohamed Mondher Lahouaiej-Bouhlel, who still lives in Tunisia, adding: “He even took drugs.”

Patrons of the small Nice gym where the brawny bodybuilding aficionado was a regular until two years ago and took salsa classes for a time, recalled him as a “show-off” and a flirt. One woman on whom he had designs described him as someone “who flirted with anything that moved.”

His neighbors in the working-class La Planas neighborhood where he lived with his wife until their separation said he was often seen drinking beer. “I never saw him at the mosque,” said the caretaker of an apartment building who frequents the local prayer hall and asked not to be named. The caretaker’s account was corroborated by other locals.

But in more recent times, he claimed to have sworn off alcohol, according to a resident of the building to which he moved after his separation. Chatting during the Euro championship she said he refused a glass of wine, saying: “No, I don’t drink.”

Anti-terror prosecutor Francois Molins said that although Lahouaiej-Bouhlel had never been investigated by the security services for any links to radical Islam, he was known to police. Molins said he had a record of “threats, violence, theft and acts of criminal damage” between 2010 and 2016 but was never flagged for signs of radicalization.

In March, the truck driver received a six-month suspended jail sentence over a violent confrontation after a car accident. One former neighbor, who also asked not to be named, described him as violent man who had lashed out after his wife requested a divorce. “He defecated everywhere, he cut up his daughter’s teddy bear and slashed the mattress. I don’t think there was a radicalization issue, I think there was a psychiatric problem,” he added.

His father claimed his son suffered from depression. “From 2002 to 2004, he had problems that caused a nervous breakdown. He would become angry and he shouted… he would break anything he saw in front of him.”

But a South African man who looked on in horror as he rammed his rental truck into the crowd on the Nice promenade said he looked “calm” and very focused. John Lambert told his country’s ENCA channel: “It was almost like he was playing a video game, he was just focused on his job, trying to hit as many as possible.”