Home Culture The Dark Side of Nobel Prizewinning Research

The Dark Side of Nobel Prizewinning Research 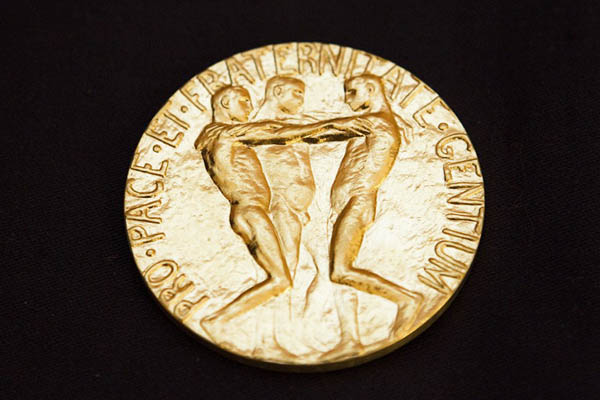 Think of the Nobel prizes and you think of groundbreaking research bettering mankind, but the awards have also honored some quite un-humanitarian inventions such as chemical weapons, DDT and lobotomies.

Numerous Nobel prize controversies have erupted over the years: authors who were overlooked, scientists who claimed their discovery came first, or peace prizes that divided public opinion. But some of the science prizes appear in hindsight to be embarrassing choices by the committees.

When the 2013 Nobel Peace Prize went to the Organization for the Prohibition of Chemical Weapons, it was perhaps a way of making up for the Nobel “war prize” it awarded to German chemist Fritz Haber in 1918. Haber was honored with the chemistry prize for his work on the synthesis of ammonia, which was crucial for developing fertilizers for food production.

But Haber, known as the “father of chemical warfare”, also developed poisonous gases used in trench warfare in World War I at the Battle of Ypres, which he supervised himself. After Germany’s defeat in the war, “he didn’t expect to win a prize. He was more afraid of a court martial,” said Swedish chemist Inger Ingmanson, who wrote a book about Haber’s prize. “Some saw it as a Germanophile prize. There were people who had wanted Sweden to join the war alongside Germany.”

The prize remains one of the most contested Nobels ever awarded—the jury had to be aware of Haber’s role in, and the effects of, chlorine gas being used in the trenches. But he had also brought the world revolutionary fertilizers.

French chemist Victor Grignard, who also developed poisonous gases, won a Nobel prize too, but that was in 1912, before the outbreak of World War I and before their uses in warfare.

The 1918 controversy might have encouraged the Stockholm jury to think carefully about the laureates they choose after a conflict. Yet in November 1945, just three months after atomic bombs were dropped on Hiroshima and Nagasaki, the Nobel chemistry prize honored the discovery of nuclear fission.

The laureate was another German, Otto Hahn, whose 1938 discovery was crucial to the development of atomic bombs. However, Hahn never worked on the military applications of his discovery and upon learning, while in captivity as a prisoner-of-war in England, that a nuclear bomb had been dropped, he told his fellow captives: “I am thankful we [Germany] didn’t succeed” in building the bomb.

The Royal Swedish Academy of Sciences’ choice is bewildering, especially given its apparent urgency right after the damage caused by the bombs.

Nobel archives reveal that the Academy had wanted to honor Hahn already in 1940. As of 1944, he was considered by his peers as a “secret Nobel laureate” who just needed to wait until the end of the war to collect his prize.

According to a 1995 article in the scientific journal Nature, Hahn’s nomination was supported by academics who saw him—the only candidate nominated for the Nobel Chemistry Prize in 1944—as a laureate worthy of the science prize regardless of political considerations. Other jury members would have preferred to wait to find out more about the U.S.’ top-secret war-time research on the bomb, but they were in the minority.

Hahn ultimately won the 1944 prize, though it was only awarded to him after the end of the war in 1945.

Hahn’s discovery as such was not so controversial, only the later application of it. The same cannot be said for some other Nobel research, including that of Portuguese neurologist Egas Moniz, who won the 1949 Nobel Medicine Prize “for his discovery of the therapeutic value of leucotomy in certain psychoses.” Today the brain surgery procedure is known as a lobotomy and is only used in rare circumstances. The Nobel Foundation’s website notes soberly that the surgery was “controversial.”

Bengt Jansson, a psychiatrist and former member of the medicine prize selection committee, wrote: “I see no reason for indignation at what was done in the 1940s as at that time there were no other alternatives!” Chemical treatments for mental illnesses were later developed.

And then there are the laureates blasted by environmentalists.

One year before Moniz, the medicine prize jury honored Swiss scientist Paul Mueller for his discovery that DDT could be used to kill insects that spread malaria. DDT was later banned worldwide, after it was discovered to pose a threat to humans and wildlife.

Nonetheless, pesticides went on to play a role in another Nobel.