The Fight for Global Jihad 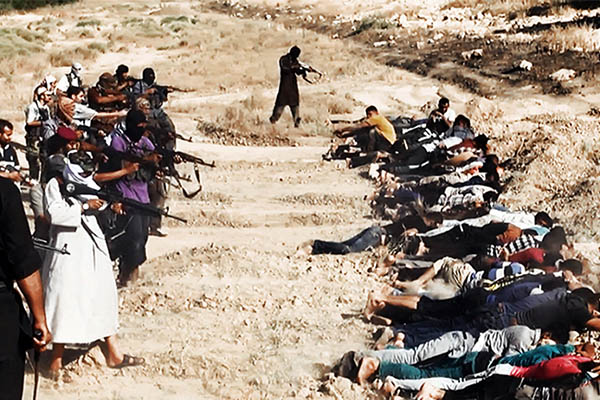 The declaration of an Islamic caliphate in parts of Iraq and Syria is a direct challenge to Al Qaeda and could set off a dangerous contest for the leadership of the global jihadist movement, experts say.

Desperate to retain its preeminent role, the movement behind the September 11, 2001, attacks may be driven to carry out fresh attacks on Western targets to prove it remains relevant. “This competition between jihadists could be very dangerous,” said Shashank Joshi of the London-based Royal United Services Institute, warning that Al Qaeda may look to make a “spectacular” show of force.

The Islamic State of Iraq and the Levant (ISIL) announced on Sunday it was establishing a caliphate in parts of Iraq and Syria where it has seized control. A form of government last seen under the Ottoman Empire, a caliphate has been a long-held dream of radical jihadists who want to impose their version of Islamic shariah law.

Renaming itself simply the Islamic State (IS), the group also daringly declared its chief Abu Bakr al-Baghdadi as caliph and “leader for Muslims everywhere.”

Al Qaeda can hardly ignore what is essentially a declaration of war from an upstart that has scored a string of successes, said Magnus Ranstorp, an expert on radical Islamic movements at the Swedish National Defense College. “The competition has already started,” he said. “Al-Baghdadi already refused to pledge allegiance to [Al Qaeda leader Ayman] al-Zawahiri and now he can say: ‘Look what we have accomplished … You are just somewhere, we don’t know where, talking on the Internet.’”

For a new, younger generation of radical Islamic militants, Al Qaeda with its grey-bearded 63-year-old leader is no longer the draw it was under Osama bin Laden. Believed to be holed up in the Afghanistan-Pakistan border region, Zawahiri in their eyes seems to have done little in recent years beyond issuing statements and videos.

Baghdadi, in his early 40s, is meanwhile a seasoned battlefield commander and IS has created a modern image with magazines and videos, many in English. Several jihadist groups have already declared their allegiance to IS and experts expect more to follow.

“The younger generation of the jihadist community is becoming more and more supportive of [IS], largely out of fealty to its slick and proven capacity for attaining rapid results through brutality,” said Charles Lister of the Brookings Doha Center. Ranstorp predicted that supporters will flock to join IS, inspired by the group’s success in seizing territory extending from Aleppo in northern Syria to Diyala province in eastern Iraq.

“It’s going to be a great boost for them. Now they own a piece of land, it’s tangible, it’s a state-building project,” he said. “That’s why so many people from all over the world are joining them.”

Experts said it was unlikely that major groups linked with Al Qaeda would immediately declare their allegiance to IS. But the longer the movement can hold its territory and resist a counter-offensive by Iraqi forces, the more attractive it will become. Some in the end may have little choice, as IS forces other groups operating in Iraq and Syria into its fold.

“The Islamic State’s announcement made it clear that it would perceive any group that failed to pledge allegiance as an enemy of Islam,” Lister said.

Anwar Eshki, head of the Middle East Center for Strategic and Legal Studies in Jeddah, said it was inevitable that an aggressive group like IS would come into conflict with other jihadist groups. IS, he said, “is like Pacman in the video game: it will devour all the terrorist groups in its path.”