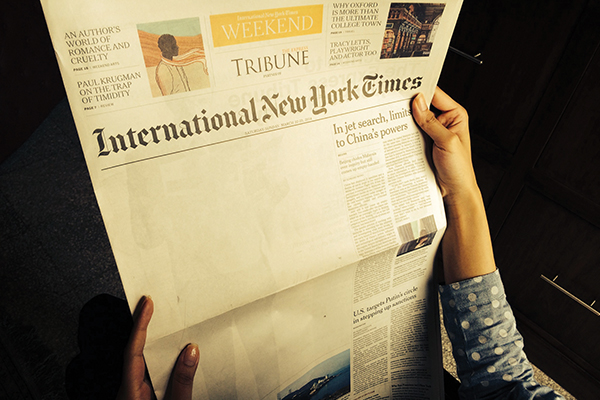 A 4,800-word excerpt from Carlotta Gall’s The Wrong Enemy: America in Afghanistan, 2001-2014, was supposed to appear on the front-page of the International New York Times, which comes bundled with the local Express Tribune, an English-language daily with a circulation of 9,000. But the story that’s caused a furor here for its claim that Pakistan Army high-ups were in on Osama bin Laden’s presence in Abbottabad was blanked out. While some analysts, like CNN’s Peter Bergen, have expressed incredulity at Gall’s assertions, she made light of the censorship. Highlighting its pointlessness, she tweeted a picture of the Pakistan issue and the paper’s online edition, which remains available in Pakistan, with the words: “Breakfast in Islamabad.” New York Times’ spokesperson Eileen Murphy told Newsweek there were “no plans to discontinue the partnership [with Express] at this time.” She added: “We understand local pressures sometimes facing our franchise partners in certain markets, but we regret that our journalism is ever censored. This was not the first time this has happened in Pakistan.” She said similar whiteouts recently occurred in Malaysia and China.