Home Lightbox The Irony of ‘Facts’

The Irony of ‘Facts’ 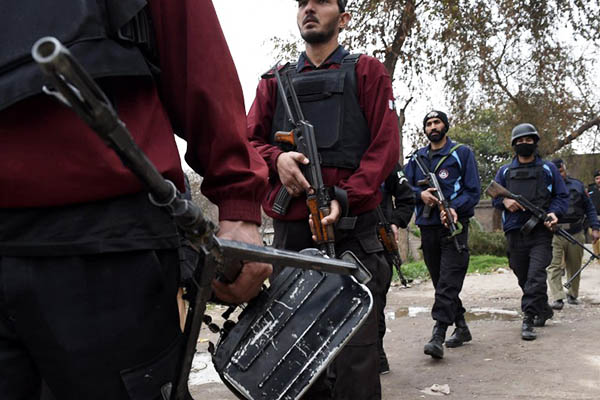 The fact-finding committee set up by the Khyber-Pakhtunkhwa government to inquire into the Bacha Khan University (BKU) attack has called for the removal of the university’s vice chancellor and the person in-charge of security.

The report has found “serious lapses in the security management”—“not a single [security] aspect was taken care of,” says the report, according to available news reports. The report found that CCTV cameras were ineffective, the security staff was untrained and inadequately compensated. There were no SOPs to deal with an attack and there was lack of coordination. The varsity also ignored several advisories and therefore “the university leadership failed its students and employees at all levels.”

How does one respond to this report?

The irony here is not just deep but also pungent. What the report has determined, in terms both of “security lapses” as also the remedies, is by and large correct. Yet, let’s not forget that this report pertains to a university, not a hard security installation manned by trained soldiers. To use terms like “security management”, SOPs, coordination, central control room, training, functioning of cameras, the (in)ability of local security (local defense) to give a fight et cetera is normally language one would associate with an inquiry into lapses at a hard installation, not a campus primarily geared to impart education.

Yet, here we are, discussing security, both perimeter defense and a coordinated fire-fighting response by campus security, against a coordinated attack by a reasonably trained group of terrorists. If the matter were not so serious, it would be laughable. But the irony I speak of relates to the fact that, as I mentioned in a previous article, this is precisely how we will have to approach the issue given the threat.

The terrorist group masterminding such attacks has realized that attacking schools and colleges is a diabolically effective operational strategy. It raises the cost all round, not just in material terms, but also the emotional and psychological cost for a state and society. Most importantly and not least worryingly, it shows the government up as ineffective even when in many ways the counterterrorism operations—military and intelligence-based—against these groups have been largely successful. This is what the interior minister, Chaudhry Nisar Khan, meant when he said that we are winning militarily but losing psychologically.

The history of war is instructive in this regard. A state or its army can win all the tactical battles and yet lose the overall war. The U.S. knows this well: Vietnam, Afghanistan, Iraq etc. The psychological is always more important than the physical. The terrorist group that planned and executed the Army Public School attack and now BKU has realized the force-multiplier effect of this strategy. That means, unfortunately, more such attacks. That also means taking measures, as far as possible, to counter such attacks.

This is what I wrote in this magazine after the BKU attack:

“Lessons learnt, list of likely targets prepared. What next?

“The institutions that can be targeted must enhance local defense in combination with the police. There should now be dedicated forces. The force must drill its responses regularly in coordination with the institution’s security. These drills, like fire drills, should occasionally also involve students and faculty. Drills are a good way of making responses instinctive. If X happens, you do Y and so on. The attacker doesn’t come in with an extrication plan; he wants to kill before he blows himself up. The drills must be geared toward minimizing damage and denying him this objective. This means establishing protocols in an emergency where students and faculty can be secured before the firefight becomes intensive.

“Essentially, this means enhanced local defense by the guards in combination with a dedicated force that knows what it has to do and part of which force is based in the area. But even more importantly, there’s need for improved perimeter defense. Defending an area, first and foremost, requires marking and defending likely enemy approaches—and, not just the obvious ones but, going by the example of the outflanking of Maginot Line by the Germans (a metaphoric reference), also improvised approaches.

“There is a cost here but it is less than the cost of the attackers succeeding. Of course, there’s the importance of better intelligence and preemption and the rest. But, as in safe sex, two protections are better than one.”

It is in this regard that the inquiry report becomes important. In fact, it has to go further in terms of what I have suggested above.

That said, and this is where the inquiry report falters badly, security does not just relate to what happens—or has happened—once the attackers have mounted the attack. They were not para-dropped over the target. The other aspect, therefore, relates to security before they get to the target. That is not the responsibility of universities—never can be. I have already written about how easy it is, despite checkpoints, to smuggle people and weapons in unless there’s actionable intelligence about such movement. In which case, the report should have been more sympathetic to what any university can or cannot do against such an attack regardless of CCTV cameras and other security procedures. There’s a degree of difficulty involved here which must be kept in mind. To expect universities to suddenly start acting as if they are hard military installations is to be stupid. They aren’t and they can’t be.

Expectations must be grounded in reality while we attempt to develop countermeasures. At the most such measures will be geared toward making it more difficult for the attackers to (a) get to their targets and (b) execute their mission. Every measure, therefore, must be treated as an obstacle and nothing more. And I use the term ‘obstacle’ here in the military sense where it refers to any physical measure(s) that enhances the degree of difficulty and increases the time for the enemy to get to its target. Obstacles don’t stop the attacker.

Finally, a word about arming teachers. It is a poor idea, not because weapons are bad per se but because being armed does not mean the person also knows how to fight it out in a fire-fight. A fire-fight is not about standing in front of a static range target and shooting a few rounds into it even if not so precisely and accurately. A small arms contest requires understanding field-craft, a discipline which infantry and special forces personnel train for and hone over many years. It requires knowing camouflage and concealment, stealth, when and how to move, how to observe your environment undetected, having the skill to select firing positions, locating enemy position(s) and distance, understanding cover, using cover to one’s advantage, the ability to fire while moving, deft handling of one’s weapon(s). The list is very long.

None of this is possible for teachers to do. Even worse is the fact that being in possession of a weapon can give a false sense of protection and get a person killed unnecessarily. The only possible way in which damage can be reduced is by taking measures about which I already wrote in an earlier article. Remember, I said damage-control. Once an attack gets underway, there will be damage. There are only two possible scenarios here: preemption (not always possible) and damage-control. That’s a reality we must live with.

Criticism is apt but suggesting no cogent solution leads to question one’s analysis. We need to take a start that may not be the best.

While seeing the very first news bulliton about the attack on BKU on T.V. I was surprised about the lack of vigilance by the security people when I saw the “SHUGAR CANE” fields so very close to the BKU wall which the terrorists climbed.I think non of those responsible for the security ever visited the surroundings outside, . ?