The Islamic State of Denial 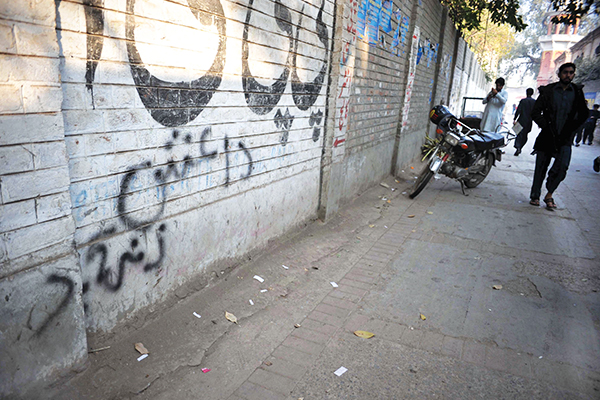 Pro-Islamic State or Daish graffiti and literature have been popping up across Pakistani cities and towns. But PMLN, the ruling party, insists there’s no Daish in Pakistan, and that local militants are trying to big themselves up by using the Daish brand. Even the Afghan Taliban support this position. “What this pamphlet says is a lie,” their spokesman told Newsweek about a pro-Daish leaflet that recently surfaced in Wana, South Waziristan. “It is a conspiracy against us.” Former interior minister Rehman Malik begs to differ. “I have solid proof that Daish has established contacts with the Tehreek-e-Taliban Pakistan,” he said. “Instead of remaining in a state of denial, the government should take serious action before Daish spreads like Talibanization did and pushes the country into another phase of terrorism.” He’s been right before, when he alerted the country to the presence of the Punjabi Taliban—an entity the PMLN claimed simply did not exist.