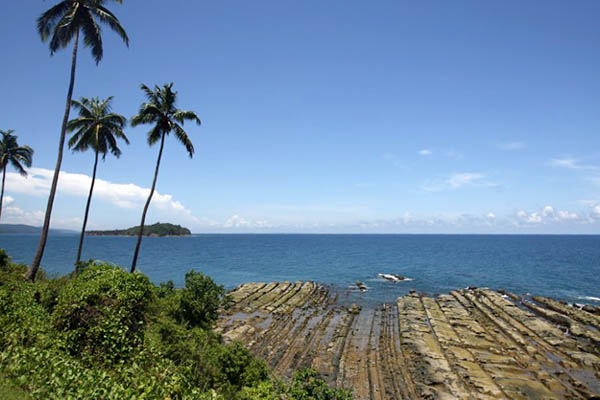 The death of an American missionary on a remote Indian island has cast a rare spotlight on the Sentinelese, one of the world’s most reclusive hunter-gatherer tribes.

John Allen Chau, 27, was killed with arrows as he illegally set foot on North Sentinel Island in the Indian Ocean after paddling there in a kayak last week.

Here is a factbox on the tribe:

The sole inhabitants of North Sentinel Island, around the size of Manhattan, guard their territory fiercely. They rely on forest produce and sea resources for survival. They are the most isolated among the native tribal groups that inhabit the Andaman Islands and are protected by Indian laws, which ban any contact with the indigenous people.

Their number was estimated to be some 8,000 when the British first made attempts to colonize these islands in the late 18th century. The tribe’s extreme isolation makes them very vulnerable to diseases to which they have no immunity.

Their current population is believed to be 150, although a national census based on photos taken from afar put their numbers as low as 15.

Most of what is known about the Sentinelese has been gathered by viewing them from boats moored at a safe distance from the shore. They are near-naked, with the women wearing fiber strings tied around their waists, necks and heads, and the men also wearing necklaces and headbands. Some have their faces painted.

In his journal reportedly written hours before his death, Chau said the men were about 5 feet-5 inches tall with yellow paste on their faces.

Survival International, a tribal rights advocacy group, says the Sentinelese “look proud, strong and healthy” and that observers have noted “many children and pregnant women.”

Brief visits have been paid to the island but the Sentinelese remain untouched by modern civilization.

Starting in the 1960s, anthropologists succeeded in exchanging gifts and conducting field visits but abandoned their efforts some 25 years ago in the face of renewed hostility.

An Indian Coast Guard helicopter that flew over the island after the 2004 Asian Tsunami was attacked with arrows. The authorities then declared that no further attempts would be made to contact the Sentinelese.

They do make periodic checks, albeit from a safe distance, to ensure the tribe’s well-being, following a strict “eyes on, hands off” policy.

Veteran anthropologist T. N. Pandit who visited North Sentinel 50 years ago believes there should be no rush to make contact with the Sentinelese. “Of the four Andaman tribal communities, we have seen that those in close contact with the outside world have suffered the most. They have declined demographically and culturally,” he told Down To Earth magazine in a recent interview.

The Sentinelese “are a highly vulnerable population and would disappear in an epidemic,” he added. “The government’s responsibility should be to keep a watch over them in the sense [that] no unauthorized people reach them and exploit them. Otherwise, just leave them alone.”

The nearby Jarawas were the earliest tribe in the Andamans to be contacted by the British. The 2011 census estimated their population to be around 400. They fiercely resisted contact with outsiders before opening up gradually in the 1970s. Some travel companies were accused of organizing “human safari tours” so that tourists could catch a glimpse.

Some say the younger generation has even learnt bits of the Hindi language from frequent interaction with tourists. Some have taken up drinking and smoking.

In 2012, a video of a naked Jarawa woman dancing for tourists set alarm bells ringing and led to tightening of rules and enforcement. In 2016 there were reports of a fair-skinned baby, assumed to have been fathered by an outsider, being killed by Jarawa men according to a custom of the tribe.

France’s Oldest Mosque Gets a Facelift