Home Culture The Keeper of Art 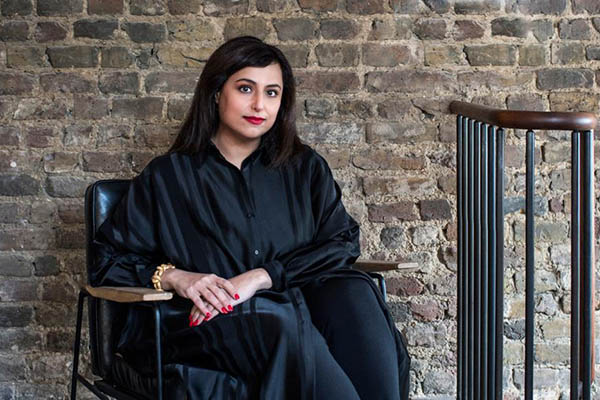 In conversation with Hoor al Qasimi

Hoor al Qasimi, president and director of the Sharjah Art Foundation, is a curator who established the Foundation in 2009. She also serves as the artistic director of the Lahore Biennale 2020, which is currently on display at sites across the capital of Punjab province. Omar Jamil recently sat with Hoor and gleaned some insights into her thinking. Excerpts:

Can you tell us a little about your journey? Starting from the Sharjah Art Foundation and Sharjah Biennale, how did that process begin and how did it eventually bring you to the Lahore Biennale?

I went to art school in London, so I’ve always had a love for art. But you could say I came of age with the Sharjah Biennale, which started in 1993. The first Biennale I curated was the sixth Sharjah Biennale, which opened in April 2003. I had been greatly influenced by Documenta, a major exhibition that happens every five years in Kassel, Germany; I had visited the 11th edition, curated by Okwui Enwezor. This was life changing for me. The exhibition was a commentary on global politics and struggles, the apartheid, Palestine. I came away wondering why our Biennale could not be more like this.

Subsequently, I was contacted by the Lahore Biennale Foundation, which invited me to curate the second edition. Even though I was really busy, I knew I really wanted to do it. I saw this as a fantastic opportunity to bridge the connections between South Asia, the Middle East, and the rest of the world. I even knew exactly which artists I wanted to invite.

How has the city of Lahore itself, and its culture, influenced the curating process?

Hugely! I tend to really focus on sites that have been forgotten or abandoned, but are still historically relevant. For example, on my first visit, we drove past the Pak Tea House, and I knew we had to include it; the same with the Planetarium. Of course, there were places like the Lahore Fort and Museum that had to be included. But I also wanted places like the Baradari, and Jinnah Library, and the train station. It was initially a long list, so I had to narrow it down! The sites also informed which artists I wanted to invite; I walked into Tollinton Market and saw the wall, and knew I had to invite Barbara (Walker). It was the same with Bradlaugh Hall; I knew exactly what I wanted to put there.

Is there any particular significance or resonance behind the various sites that have been chosen and how do these relate to the artists that are displaying their work?

Of course, there is a link between all the sites and the artists being displayed. Take Tollinton Market or Bradlaugh Hall, which I just mentioned. Or some of the billboard sites, or the audio piece being showcased at Gaddafi Stadium.

Can you speak to us a little about the process of selecting the artists and works?

As I said earlier, when I was invited to curate the Lahore Biennale I already had a good idea of which artists I wanted to invite. And the list was long—mostly artists that represent the Global South. These are generally artists with whom I’ve either worked for a long time or have been interested in for a long time. Some of the works I knew well ahead of time. Other times, I knew the artists and what I wanted and asked to be sent any work I might not have seen. Some, like Khadim Hussain, were new commissions especially for the Lahore Biennale.

For local artists, I did need to do a lot of research. I identified five students from the NCA last year, having seen their degree shows.

What do you look for in the curator/artist relationship? Is it the art or the artist or a combination thereof? Is a personal bond with the artist important?

Everything. It’s a combination of all these things; and of course, how the works resonate with the theme as well. I have a lot of friends, artists with works that wouldn’t fit here, so I didn’t include them. It is really important that certain works have to be shown here at this time, so they were included.

You’ve been working with the International Biennale Association; what has been your most unforgettable exhibition so far and what made it so memorable?

This one! Because this is the first Biennale that I have curated outside Sharjah. So I was a little out of my element here. There were a lot of uncertainties, which made it a bit exciting. And of course Qudsia [Rahim] has been a champion and the team has been really good.

Can you explain a little the general role of a curator, specifically with regards to your role with the Lahore Biennale?

It’s really about bringing artists’ work together to create a conversation. There’s a statement that you’re trying to make. It’s a lot of work; it’s not just about picking names and putting a show together. You really have to think of the audience, the way they look at the work. What is the first thing they want to see, what’s going to grab their attention, what’s going to make them go this way or that, how does this work relate to the other work that’s next to it and opposite, and more things like that. There is a lot of stuff to make the exhibition happen that goes on behind the scenes that people don’t see.

What is the significance of the theme ‘Between the sun and the moon’? To what extent are the artists directly engaging with this notion?

I think I knew what I wanted to do before, but didn’t have a title. I knew I was looking at designs and themes and layouts related to old astronomy, the images of astronomical elements, and looking at our connections through trade through the Gulf to Balochistan and to Africa. All these connections that are important in creating a global conversation and it kind of just fell together in a way. For example, I was working with Almagul [Menlibayeva] because we’re looking at the connections between Uzbekistan and Pakistan. So you could say the title came together at the very last minute.

What are your plans following the Lahore Biennale?

This is the longest I’ve been in one place for some time! I’ve been here for three weeks. I’ve got a lot of things coming up—six to seven jobs to do at the moment. I’m also working on the next Sharjah Biennale, and opening a couple of shows in March in Sharjah. So a lot going on!

What are your personal preferences in art and to what extent have these influenced and informed your curating process?

You can see the kind of art I’m interested in within this exhibition; it’s art that speaks to you, and art that has a message. The quality of art is also important and I think I’ve been really lucky to work with some new artists locally in Pakistan that I haven’t worked with before. So that was a very nice discovery for me.

And finally, what would you ask people to look out for in this Lahore Biennale, any particular works or artists that you want to particularly highlight and anything that people should not miss at all?

Everything, people should make time to see everything!