The Killing Fields of ‘Honor’ 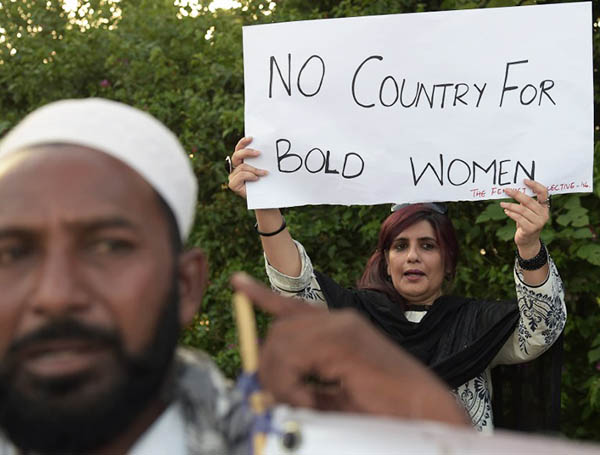 Women will continue to be killed ‘for honor’ unless we can change our concept of what that entails.

Ask a soldier in combat what he will fight for and the response invariably will be, for my honor. Not the country, not the flag, not the unit traditions, but for honor. To be sure, the country, the flag and the traditions do play a part but more as the warp and woof of the meta-narrative. For the soldier facing incoming fire, they are an after-thought, if he gets out alive.

But what is honor; more appropriately, “my honor”? Does it flow from inside as the personal pronoun suggests or is it the working of external environment, of certain expectations by others that we internalize?

Philosopher Kwame Anthony Appiah, in his book, The Honor Code: How Moral Revolutions Happen, argues that honor is a matter of how one is judged by one’s peers or society, the expected behavior on the basis of which people will judge someone to be honorable or dishonorable, the act or acts one would perform to demand respect of one’s peers. It’s the same with Hegel’s mortal combat and self-recognition. Self-recognition is not just a personal matter; its primary significance lies in relation to how others perceive us to be.

The ultimate rite of passage for a soldier is baptism under fire. For the officer, the leader, it is a greater test, a test that will decide whether his troops respect him merely for wearing a commissioned rank, a hierarchical formalism, or because he has proved, in combat, to be their leader. For an officer to fall short in combat means the end of that respect and the end of his honor. It is better to die than to live with that shame.

Combat is the high end of honor. But ‘honor’ works in the same way in all situations, some of which, as Appiah notes in his book, were absurd and, when attitudes changed, were considered dishonorable. But at both ends, the argument was decided by prevalent attitudes, not a moral or rational argument, though such arguments existed.

Appiah has four case studies: dueling, foot-binding in China, slavery and how we, in Pakistan, treat women and kill them for honor. The first three are where the moral revolutions have changed attitudes, the fourth is an ongoing phenomenon.

Fast forward to Qandeel Baloch, an assumed identity, and her murder. But it’s not just about her. She is the metaphor for the girl in Abbottabad, in Murree, in the villages, towns and goths of Punjab, Sindh, Khyber-Pakhtunkhwa and Balochistan. There are just too many of them, too many have been killed and too many will be killed before, if at all, Appiah’s moral revolution can happen.

Being born a woman is a disadvantage. Born poor is another. Born a poor woman is a disaster. Qandeel Baloch had to deal with that disaster. There are two responses to extreme adversity, what Lear called “unaccommodated [wo]man is no more but such a poor bare, forked animal”: surrender or fight back. I don’t know the murdered woman from Adam but it seems to me that she was a fighter. Yes, she was comic for the highborn, semi-literate. Yes, she would partially strip on camera and say or do scandalous things. But that was her way of fighting back against a society that hates women middle-digiting its double standards and doublespeak.

For the highborn, she was pathetic because she wasn’t born in the U.S. and was no Miley Cyrus or Lady Gaga or Paris Hilton and any of the many more the highborn would throng to get a glimpse of at a GT in Lahore, Islamabad or Karachi, their stripping, sex-tapes and nude selfies notwithstanding.

Qandeel didn’t give a duck. And we hated that. She wasn’t part of the club and yet she had the temerity to challenge the club. We would watch her videos, curse her, make fun of her, call her a prostitute and hate her. She couldn’t care less. No one knew who she was, where she came from, what mouths she was feeding, what adversity she faced. No one knew the real Qandeel Baloch. And no one cared.

We can be moral because most of us, comfy in our existence, don’t have a moral challenge. As Lear says to Gloucester:

Robes and furred gowns hide all. Plate sin with gold,

And the strong lance of justice hurtless breaks.

Arm it in rags, a pigmy’s straw does pierce it.

Our straws pierced her rags. But then the final act came. The act of honor. The act that we consider honorable and for which we used her brother’s hand and for which he killed her because he needed our recognition for his self-recognition. The filial bond, the natural bond was trumped by nurture, the desire to be accepted by the peers.

It’s the social attitudes that determine, more powerfully, our behavior than any morality. And there’s no more effective control than controlling the body and, in the case of women, the sexuality. The master controls the slave’s body. He can keep him alive and on the plantation or he can decide, in the ultimate act of sovereignty, to kill the slave.

Our society’s diabolicalness is about controlling a woman’s body and her sexuality. Keeping her alive when she is in line; killing her when she crosses that line. That’s the act of ultimate control. And the society wants her menfolk to do it: the father, the brothers, the uncles or any other male relative. It is society’s way of telling everyone that accepted behavior transcends and upends filial bonds, mercy, rationality, morality and humanity.

And, as we have seen, with few exceptions, people have either lauded the murder or found excuses for it: she brought it upon herself. Because she was shameless. There’s no shame in murder, but there must be shame in the act of stripping because that defiance flies in the face of society’s requirement to control the body.

Rest in peace all those women we have killed. It will be a while before we find dishonor in honoring ourselves.